According to World Health Organisation, in 2016, a total of 2,14,783 cases of leprosy were reported worldwide. 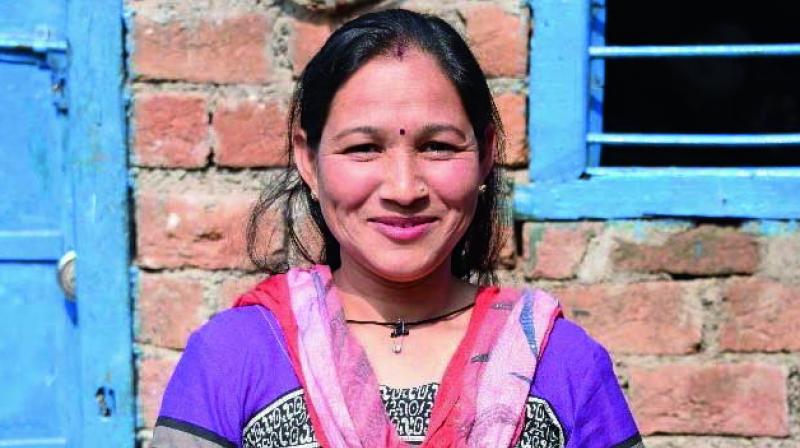 Anita Bhavre, who was cured of leprosy

Leprosy is one of the world’s oldest diseases and though it is completely curable today, the age-old stigma attached to it continues to have an impact on people’s lives. Our country is home to about 800 self-settled leprosy colonies where people do not have access to basic facilities and continue to be seen as outcasts. India is one of the 22 Leprosy-endemic countries across the world where the prevalence rate of this disease is more than 1000 cases/year. What’s more, over 60 per cent of annual leprosy cases are from India.

Isn’t that startling, and sad too. So, what does one do about it? Tell people that persons affected by leprosy are no different than others, make them think why prejudice still persist and also tell people that it is criminal to discriminate a leprosy patient, more so as he/she is already under so much stress.

That’s precisely what the Nippon Foundation, a Japanese grant-making foundation, working for a world without leprosy for more than 40 years, did recently.

In collaboration with the India International Centre, Embassy of Japan and Sasakawa-India Leprosy Foundation, the Nippon Foundation organised a photo exhibition showing people living in four leprosy colonies in India explaining how leprosy has affected them and their families. Held at the India International Centre in New Delhi, the exhibition also featured photos from 40 other countries. Included in the show were 90 pictures of cured leprosy patients.

Nippon Foundation chairman, Japanese philanthropist Yohei Sasakawa, who has been working with several groups of people all over the world to remove stigma against leprosy for the last 12 years, says, “Leprosy has long been misunderstood, there are deep-rooted misconceptions about it due to which families continue to suffer discrimination and begin to lose hope. They believe that this discrimination is to be endured. We have to change this mindset.” 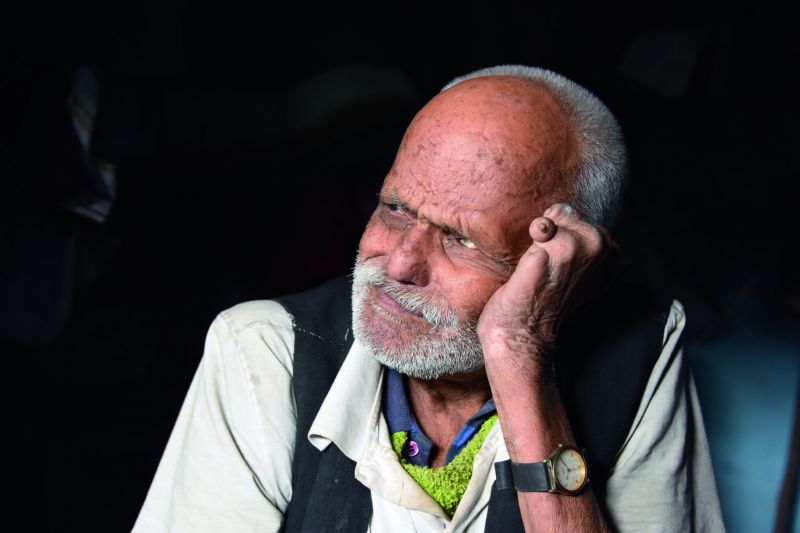 Photographer Natsuko Tominaga, the woman behind these soul-stirring pictures says, “Discriminating leprosy patients is a human rights violation. Over the last 16 years, I have visited many individuals affected by leprosy. It saddens me to see the level of discrimination they face and realise how many members of the general public are not aware that leprosy is a curable disease. The aim of this exhibition was to show the impact of leprosy on individuals and their families and raise awareness that leprosy is curable and that there is life after leprosy.”

“Natsuko’s pictures tell powerful stories. A few decades from now, when leprosy will be a fully cured disease, these pictures by Natsuko will be the only evidence that this disease ever existed,” informs Sasakawa.

According to World Health Organisation, in 2016, a total of 2,14,783 cases of leprosy were reported worldwide. There were 18,000 child cases and 12,437 cases who were already suffering from serious disabilities at the time of diagnosis. Of these 1, 35,485 cases were from India, amounting to about 60 per cent of the newly-reported cases. In India alone, since 2005, least 20 lakh people are currently untreated for leprosy.

“Since 2005, it is estimated that the public healthcare system in India has treated only 1.3 lakh patients every year. It is a bacterial disease, and hence difficult to contain. Leprosy is fully curable if promptly detected-and properly treated, and the prevalence can be brought down to negligible levels as has been done in many developed countries. The real problem with leprosy is intentional exclusion and discrimination,” says Dr Vineeta Shanker of the Sasakawa India Leprosy Foundation.

“Considering about 60 per cent of new leprosy cases are being reported form India, we roped in actor R Madhavan to support the initiative. Celebrity engagement matters a lot, and will contribute to eradicate leprosy from India. I have met with PM Narendra Modi thrice, twice in Tokyo and once in New Delhi. He has shown commitment to making India leprosy-free by 2030, and has been giving directives to the ministry of health to achieve this goal,” says Sasakawa, who has travelled all over the world — done countless TV and radio programmes. “I have been telling people that leprosy is not curse — don’t be embarrassed — the medicine for leprosy is free of cost and it is completely curable. This exhibition was just one more initiative to raise awareness. We hope to take this show to several leprosy endemic countries all over the world,” he adds.

How much does people’s perception change with these shows, one wonder… “The perceptions do change. I hope visitors share their impression and knowledge gained from here with others; I hope they are encouraged to think about what can be done to stop discrimination against leprosy patients. If an idea is passed from person to person, it leads to a movement that can bring social changem” says Natsuko.