Taking a leaf out of nature

As for the rural and urban populace, for sheer reasons of economics, they have to content themselves with replicas of the precious stuff. 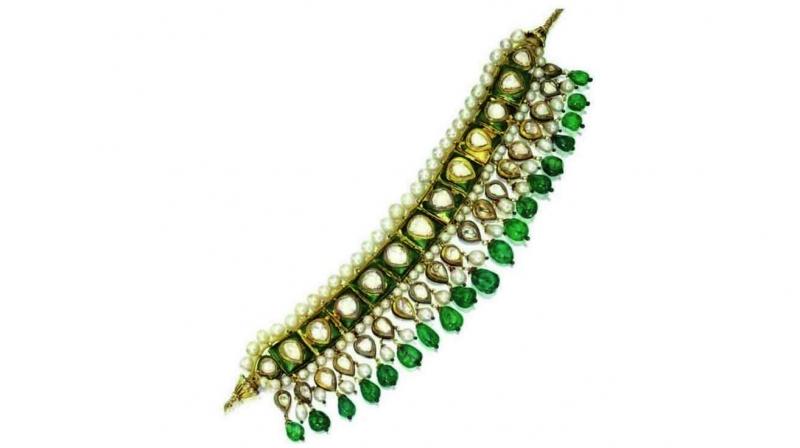 Just as other marks of civilization, jewellery too is region-specific, culture-specific and in India, caste-specific. Very broadly, one can say that while the kshatriyas have a preference for kundan and jadau, the brahmins opt for gold and the vaishiyas have a fondness for diamonds.

The watermark of a civilisation has often been gauged by its aesthetics, and jewellery is perhaps one of the most lasting indications of it. Hardly surprising, considering women’s penchant for beautifying themselves with accessories fashioned out of metal, stones, feathers, terra cotta is perhaps as old as civilization itself.

But then, just as other marks of civilization, jewellery too is region-specific, culture-specific and in India, caste-specific. If one were to take a very broad spectrum overview of fine jewellery, one can generalise to comment that while the Kshatriyas have a preference for kundan and jadau, the Brahmins opt for gold and the Vaishiyas have a fondness for diamonds.

Enamelled surfaces — whether at the back of the kundan jewellery or as surface embellishments in their own right, have found takers across the caste spectrum as it doesn’t detract from the actual weight of the gold on resale and if done well, can almost replicate the beauty and colours of gems, at virtually no or little cost.

The reasons for these caste-driven tastes are not far to seek: Jewellery is, after all, a watermark of the economic situation of any region or civilization. 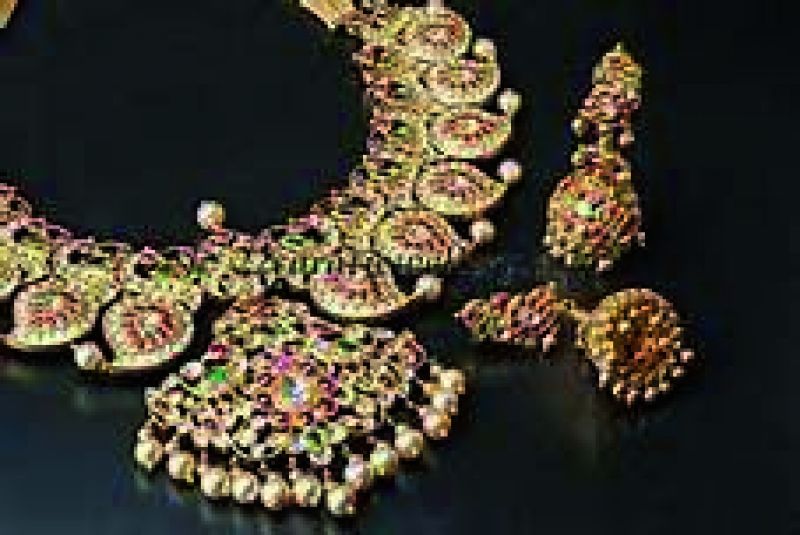 The Kshatriyas, or the warriors, were able to retain only jewels that would not fetch very much in the resale market as their economic situation kept getting worse, and what the queens or ranis and maharanis of various principalities or rajwadas wore, their poor cousins followed suit.

The Brahmins on the other hand, traditionally not as well off, focused on only gold jewellery as it was the cheapest with the highest resale value. The top-end business community, on the other hand, invested in the highest value stuff — diamonds, the bigger the better! For only they could afford it in the new economic order.

And interestingly enough, the jewellery that has survived over the ages is invariably stuff that was high on design like jadau or kundan and low on resale. Gold or silver jewellery was either melted for the metal or re-crafted in keeping with a woman’s whim to change the design, so few pieces remain.

As for the region specificness of jewellery, in India it is still possible to identify the origin of both the piece and often its wearer by merely looking at its design, for so finely entrenched are designs is the collective regional psyche – perhaps because they have been distilled to perfection over centuries. However, equally interesting is how jewellery of ritual significance like mangalsutras and wedding rings or thread ceremony or upnayan sanskar jewellery assumes such an intrinsic import that it could well be a part of the wearer’s body! Most of us have childhood memories of some such jewels that one has seen grandmothers, mothers and aunts wear. 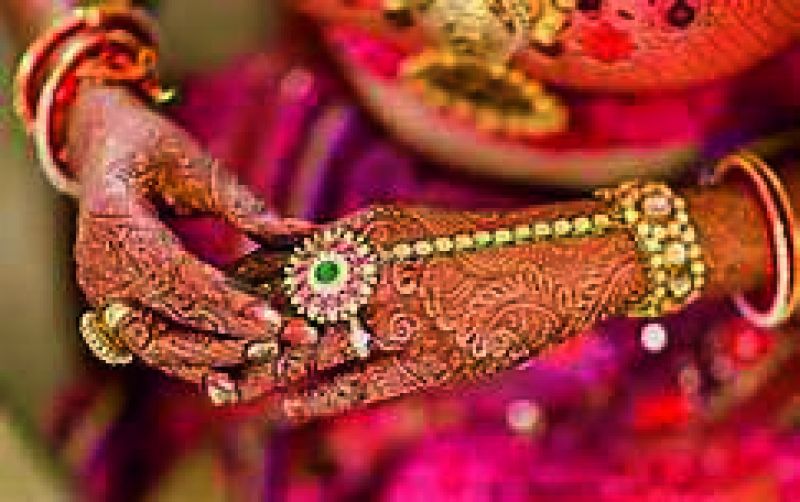 In this piece I have specifically opted to concentrate on precious jewellery for the simple reason that in the folk and tribal traditions, jewellery has been fashioned out of practically anything from feathers to wood, bone to ivory and the subject is as vast as it is scattered and it would require another piece, so of that another time.

As for the rural and urban populace, for sheer reasons of economics, they have to content themselves with replicas of the precious stuff. The attempt is to give an overview of the main styles of traditional gold and silver jewellery in their regional variations, inspirational and aspirational journeys.

My own interest into this fascinating subject may have been an obvious one from the point of view of my gender, but to me, it is a peek via the female gaze into the intriguing world of the feminine through the microcosm of ritual, marital and fertility symbols, the caste hierarchies, the oneness with nature, the economics of an agrarian society and the sheer perfection of craftsmanship. And yet while the consumers and to an extent designers may have been women, the creators of most jewellery still continue to be men. So all that scoffing of the male of the species might well be in vain!

Indian jewellery with its essential dynamism for being agriculture or forest inspired creation, the ornamentation is also inspired by nature. Look closely and it will be amply clear as to where these designs are coming from -- at once a part of you as a larger part of the cosmos. Flowers, seeds, fruits, fish, all translated and immortalised into metal – so much so that a popular design of earring is even called a karnphool or flower for the ear, as it sits in the ear lobe dainty as a flower. Flowers easily constitute the largest group from which designs are inspired. The swaying jhumka or jhimaki as it is called in the southern part of India, is also akin to an upturned flower.

Contemporary fashion is as fickle as the people it caters to. But tradition in India has so far withstood the test of time, and has helped preserve forms, styles and techniques perfected over the centuries in an unbroken sequence of ornament making and body adornment. While the high end users of the economic spectrum acquire jewellery mostly to put away into bank vaults, and to be passed on from one generation to the next. It is they who blindly ape the minimalistic fashions of the Western designers. The middle classes often have no option to go in for kitsch as far designs are concerned if they wish to keep the purity of the metal. It is indeed the poor to whom goes the credit of keeping the decorative continuity going – be it for magico-religious reasons or for sheer economic ones.

My own experiments with designing, preserving, studying and wearing jewellery in its mind boggling regional variations have taken me on a delightful journey that has enriched me in more ways than I can even understand, for I have delved into the deep recesses of my sub-conscious, unconscious and of course the conscious to understand the leit motif of this endlessly captivating human pursuit.

Dr Alka Raghuvanshi is an art writer, curator and artist and can be contacted on alkaraghuvanshi@ yahoo.com