“Art After Stonewall” traces LGBTQ riots in the 1960s to the blue chip art that came after. 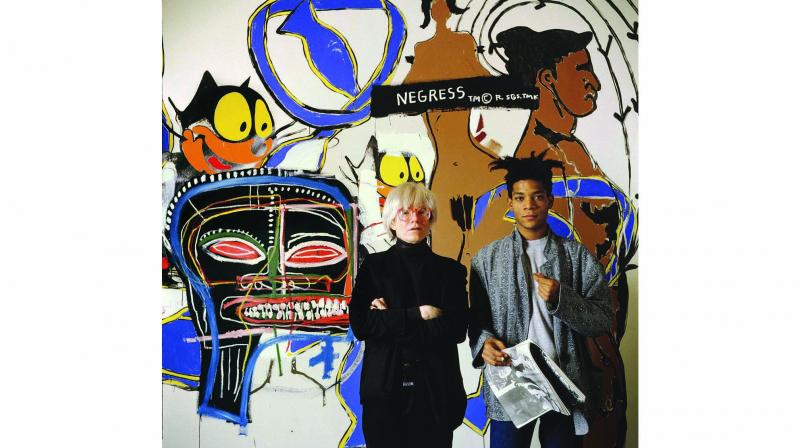 Society didn’t rush to embrace queer communities after the 1969 riots that collectively became known as Stonewall, but at least a harassed minority group finally had a name, a voice, and eventually, a movement.

And even if government-sponsored harassment didn’t suddenly stop—the riots began because of a police raid on a gay bar in the West Village called the Stonewall Inn—Stonewall was, at the very least, an indicator that things were beginning to change.

One of the first places that change could be felt was in contemporary art.

In a new exhibition, Art After Stonewall, 1969-1989, the reverberations of Stonewall and a growing  openly queer art community are explored in depth. Simultaneously, Rizzoli has published a book of the same name with contributions from writers, curators, and artists.

Instead, the show’s organisers have set out to do something more interesting, namely chart the blurring of gender norms and representations of sexual identity as it spread throughout the highest echelons of contemporary art.

There are paintings by David Hockney and Alice Neel, silkscreens by Andy Warhol, and sculptures by Louise Bourgeois. These are all artworks that the art market, some 40 years later, deems “blue chip.” And it’s art, the organisers convincingly argue, that wouldn’t have been possible without the early efforts of the Stonewall protests.

David Armstrong, George in the Water
Armstrong became known for his photographs of friends and lovers, often rendered in crisp black and white. His images are often grouped with other luminaries from the period including Nan Goldin; by 1995, Armstrong was established enough to be included in the Whitney Biennial.

Shelley Seccombe, Sunbathing on the Edge
The book balances so-called fine art with documentation of a segment of gay society that was obliterated during the AIDS crisis in the 1980s and '90s. Multiple artists photographed the piers on the far west side of Manhattan, which for years were a cruising spot for gay sex. Today, those photographs are highly sought after, most notably in the work of Alvin Baltrop, whose estate is now represented by the multi-city Buchholz Gallery. Seccombe, who lived near the piers with her husband and daughter, documented them for more than 30 years.

Tseng Kwong Chi, Andy Warhol & Jean-Michel Basquiat
Warhol was unapologetically interested in queer themes, and he was also unapologetically interested in making money. By the mid-1980s, his star had faded considerably in critical circles—he was mostly known for tedious portraits of celebrity friends rather than a thriving art practice. By latching on to Basquiat, the downtown artist of the moment who was being courted by the biggest art dealers and collectors in New York, Warhol hoped to reinvigorate a sagging career. And it worked, at least temporarily.

Adam Rolston, I Am Out Therefore I Am
This work is by Adam Rolston, an architect and graphic designer who became closely associated with ACT UP, a group that became known for its aggressive advocacy for AIDS issues. Rolston helped develop a style that looked slick and institutional.

Gran Fury, Riot, 1989
Gran Fury was an artist collective that was associated with the ACT UP movement and which also helped to create the striking, simple, visually appealing series of posters, logos, and messages associated with AIDS activism. The group is probably best known for its “Silence=Death” graphic, but it also published equally arresting works like the banner “All people with AIDS are innocent,” and the Benneton-style advertisements on buses that stated “Kissing Doesn't Kill.”

Catherine Opie, The Gang, 1990
Opie, a Los Angeles-based photographer represented by the powerful Lehmann Maupin gallery, has been taking photographs of her queer community in LA since the late 1980s. Her use of the language of traditional portraiture, like the photograph above, manages to underscore how nontraditional her subject matter is while inserting the images into a mainstream framework.