With some of the finest tattoo artists in the world convening, the Heartwork Tattoo Festival is the place to get yourself inked. 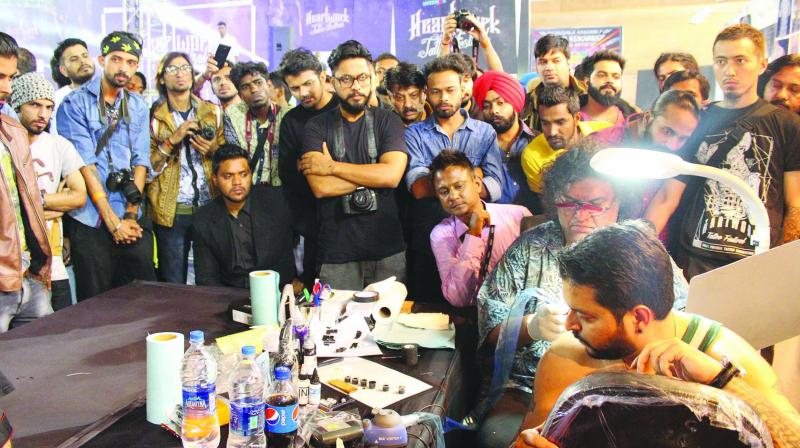 India’s only international tattoo festival is taking place in the capital till December 2. This is the fourth consecutive edition of the Heartwork Tattoo Festival and is certain to be great fun for tattoo aficionados.

Sameer Patange, one of the founders of the festival believes that is great to have this event in the capital. “The reason we have been having this event in Delhi is due to the response we have received. Over the last few years, we have noticed that the turnout has been great and we hope it is even better this year. It is very welcoming for the foreign artists, who come from all parts of the globe. It has always been a pleasure working with international artists from across the world.

So it is not only an honour to work with them, but something every artist wants,” he says adding that the three-day festival will expect around 190 odd artists and a huge footfall. “Around 15,000 people in three days, at a venue like this, seems normal. For me, the art form happened in 1998. It intrigued me so much that since the year 2000 I have been in this industry. This was my way of expressing myself through this art.” 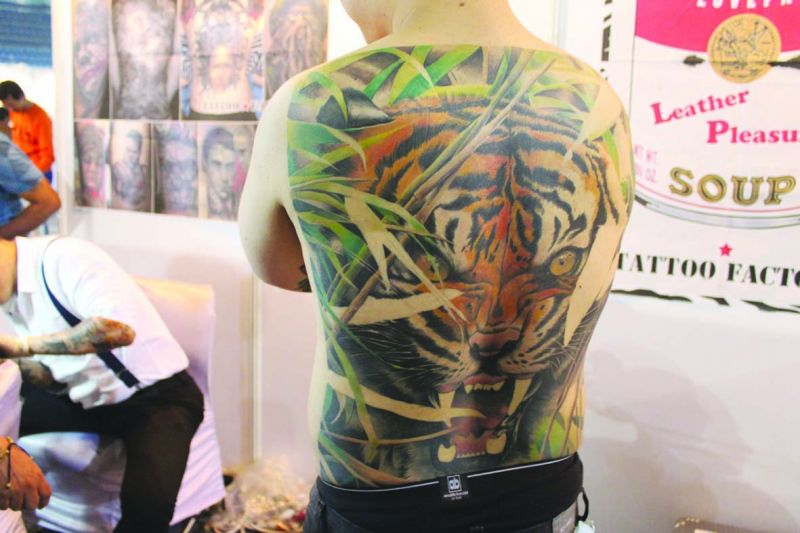 Speaking about the festival, he adds that over the years, the market has grown and so have tattoo artists in numbers. “In the first week of December every year, we create this. Tattoo artists, in the first year, came in large numbers. By the second year, it started getting exposure. I remember one instance, when a girl came to get her first tattoo and she was only 19 or 20 years old. She came with her parents, who were between 50 and 60 and also got tattoos done. They said this was on their bucket list, and they were glad that they got it done at our festival.”

One of the offshoots of the festival is that “Others get used to seeing people having tattoos and it having a positive vibe,” says Andre Tully, a partner of Heartwork tattoo festival. Paul Booth, a famous international tattoo artist informs, “I reached here three years ago for the convention and I loved it. India is growing in the contemporary world, in the field of tattooing. I am pretty excited and I like the way Indians have grown interested in it. Young children fancy it too. I expect a lot of people, as it is growing in popularity. The other activities are to show people a good time. It is an amazing art form and has grown.”

“The vision is to make people aware of good tattoo artists in India as people say they go to LA or other places to get a tattoo done. It is about educating the people. Sameer and I started the entire initiative with this purpose,” says Lokesh Verma, co-founder. The festival includes an International Convention featuring over 100 Indian and 60 international artists participating and showcasing their work ‘live’. Aspirants can make advance appointments to get himself or herself inked by their artist of choice. There will be live workshops by legends of the international tattoo industry.