When theatre artistes join hands for an experiment

60 theatre people together to create two hours of entertainment with only 36 hours of preparation time. 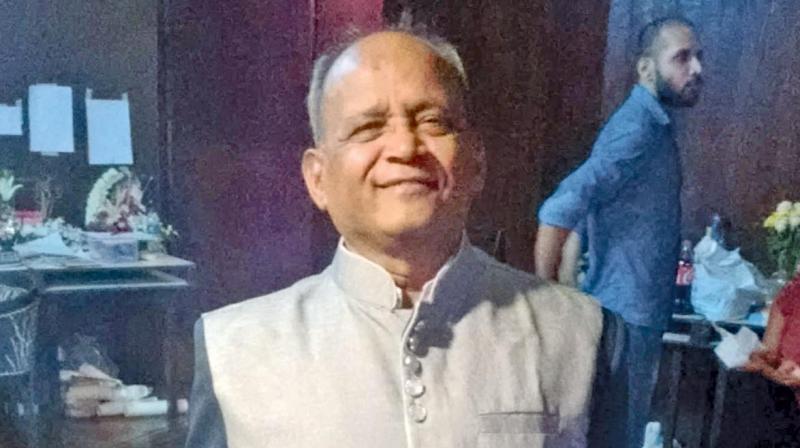 Last week, I was part of an event called 36 Ghante. The initiative, created by Rage Productions, put sixty theatre people together to create two hours of entertainment with only 36 hours of preparation time. 10 writers had 24 hours to deliver a ten-minute play each, and then 10 directors were allotted a play each (at random), and a cast of four.

The entire exercise sounds like a recipe for disaster, but given the calibre of talent on offer, it was quite a coup. From stalwarts like Ila Arun and Shishir Sharma to relative newbies like Vicky Kaushal; from household names like Ranvir Shorey and Sonali Kulkarni to rising stars like Ajitesh Gupta and Shikha Talsania; from published authors like Ramu Ramanathan to “new-kid-on-the-block” Hussain Dalal; the evening was an eclectic mix of performances and styles.

It was an entertaining night, celebrating all the things that epitomise Mumbai theatre — fast dialogue, hurried rehearsals, inventive directors, small sets, and skilful actors. For a whole, day the NCPA campus was turned into a proper “theatre centre”. Rehearsals happened in each corridor, each foyer and vacant space as the plays battled against the clock.

Yet, its impact was much greater than the ten plays it produced. It was the coming together of the community. It could have been the attractive challenge that the experiment held, or the celebration of Rage’s 25 years; but I think it was the saluting and felicitating of five absolute workhorses of the theatre who have never been given the limelight: ticketing agent, Nitaben, Prithvi Theatre watchman Tiwariji, ironing man Mansaramji, make-up artists Nandu Wadke, and senior lighting technician at the NCPA Madhubhai. Each one was given an award for years of service to the theatre; and each one spoke with such humility and love for the theatre, it was moving and powerful.

The evening was special because it also brought artists together who don’t usually work together. And challenged each one to deliver the best they could. Normally such bonhomie is reserved for festival opening dinners or when theatre companies are part of the same festival in another city and get to ‘hang out’.

Perhaps no institution has led as many community building exercises in Bombay as the Prithvi Theatre. Apart from creating a sense of belonging among the groups that perform there, the lovely two hundred seater venue also runs numerous vital initiatives.

The bi-annual group meeting to discuss changes and new ideas is one such. In fact the last meeting in July was about negotiating GST; something that doesn’t pertain specifically to the running of the theatre, but affects each and every theatre company. A few years ago Prithvi Festival decided to host a ‘carnival’, where different theatre companies stage short work.

This allowed more groups to be part of the festival, and also a great sense of camaraderie since numerous groups were part of the same ‘show’. This year The Carnival returns on the 6th of November. Along with all the regular fare of the festival, including work from some exciting directors like Arghya Lahiri (Iron), Akarsh Khurana (Kaand), Nipun Dharmadhikari (Sangeet Manapman) and Mohit Takalkar (Mathemagician); and talks by some of the old guard (Vijaya Mehta, Alyque Padamsee, etc.) The entire schedule is listed on www.prithvitheatre.org.

The Bombay Theatre Community is the tightest it has ever been in recent memory. Most groups and people have put aside petty jealousy and fought the common enemies of lack of rehearsal space, storage facilities, and resources together. If last Friday night is anything to go by: if that’s what this community can create in 36 hours, imagine what they will be capable of in the next few years?

The writer is a Mumbai-based theatreholic. He works primarily as a theatre-director for arts management company QTP, who also manage the youth theatre movement Thespo