A classic story on love and loneliness told tastefully

The Glass Menagerie is about a mother asking her son to arrange an evening to call a gentleman for Laura, his sister. 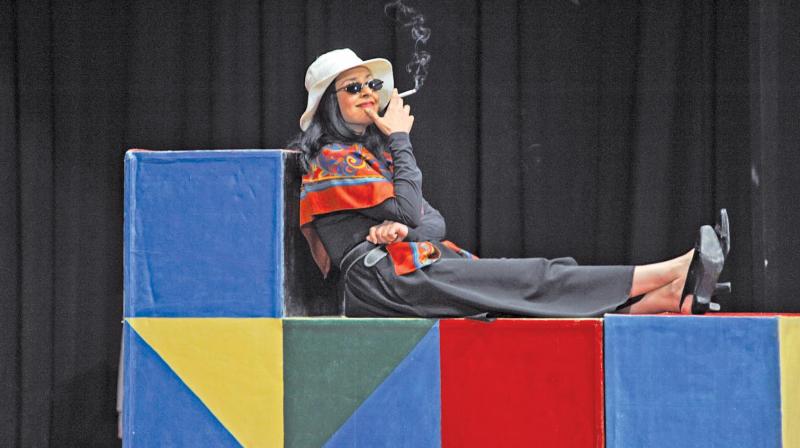 The Old World Theatre Festival at the India Habitat Centre featured the classic play by Tennessee Williams, The Glass Menagerie, directed by Rajit Kapur and featuring Shernaz Patel as the mother and Ira Dubey as the physically-unfit daughter. Roshan Mathew played the son. The evocative play about lonliness and lost love was a moving experience, thanks to Amanda (Shernaz Patel) who made us tearful and happy at the same time.

The play is about the mother asking her son to arrange an evening to call a gentleman for Laura, his sister. When the man — played by Neil Bhoopalam — arrives, they discover that he is the same person as the boy who was in school with her and as he was handsome, popular and the lead football player, she had a crush on him. She refuses to come out and sit at the table with the others, but mother and son convince her. Now begins a tortourous meeting between the two. She laughs a lot when he tells her about his antics after he left school, and while he was in school. But finally, he said he was engaged to get married to somebody else.

The love that has sprouted in Laura’s heart for him dies immediately and she is forlorn. And she becomes the same old shy girl that she was before she met him. The mother, in the meantime, was dressed in an old dress, which was very popular in those days and comes out looking quite dishy. The boys are captivated by her vivacity as she talks about the good times her husband gave her before abandoning her. As soon as she discovers the truth about the boy being engaged to another girl, she also becomes her usual nagging self.

The son, Tom, is a poet who longs to break out of the house and go some place where he doesn’t have to face his mother’s crushing embrace.

There were two prologues enacted before the play. I missed the first one and the second one has Rajit Kapur enacting the jist of the play; loneliness and lost love.

The performances were all very good with Shernaz Patel leading the cast. Ira Dubey was very sensitive and very good as her daughter, Laura, as was Tom, played by Roshan Mathew. His booming voice was a great help in violent outburst with his mother. Neil Bhoopalam was very convincing as the “gentleman caller”. The costumes, lighting and set design were very tasteful. However the placement of the glass animals on an open table down stage was not a very good idea because it was distracting and did not convey the idea of Laura’s loneliness. It would have been better in a glass case near the staircase, which would be mid-centre of the stage, providing impetus for the girl and the boy to move around on stage.

The writer is a theatre personality and a well-known critic