An art exhibition in an effort to bring back the Maestros of Art back to India. 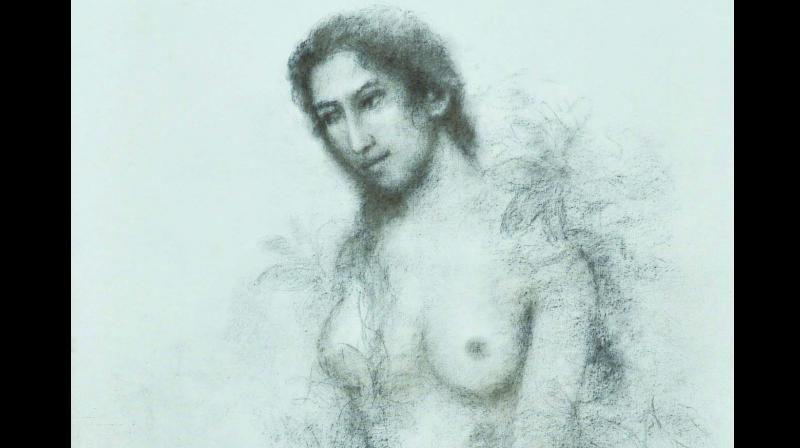 There is a very specific reason why MF Hussain, Ram Kumar and many other artistic prodigies are called maestros of art. It is not because of the paintings they painted, the story their paintings tell. It is neither the strokes of the brush but it is simply because of the colours these artists use. These colours are the ones that even as time passes by, it seems that these paintings had just being painted.

It was due to the brush strokes of these maestros that recently an exhibition ‘Eclectic Strokes’ was organised by Art Magnum, which is currently held Art Spice Gallery, The Metropolitan Hotel and Spa which aimed to foster meaningful contemporary art and traditional Indian art forms.

The exhibition displays works like paintings and sculptures of S H Raza, M F Husain, Ram Kumar, F N Souza, T Vaikuntam, K G Subramanyan, Iyer and many others which made it seem that the maestros of Indian art were there at the exhibition creating a nostalgia that these colours finally came back home. Saurabh Singhvi of Art Magnum is inspired by the great work of these artists which inspired him further to curate this exhibition. Even though these maestros are different, Saurabh feels that there is a common thread that binds all of these artists together. He says, “These artists have been able to carve out their own niche in the market. The main similarity between them is that they have been able to develop their own style.”

Amidst all the animosity in the country, Saurabh feels that it’s a very good time to be an artist in today’s day and age. “Over the years, Indian art has not got its place in the market and a lot of people abroad and in India are recognising Indian art. It’s a very good opportunity for the artist to flourish”, he feels and was upbeat about the fact that youth nowadays are immersing themselves into art and appreciating it as well.

Babita Gupta, director Art Spice says that they found it very difficult to collect these works within a short space of time. On the issue of politicisation of art, she feels that media of today too is involved in it as well. “Everyone’s doing their job. Controversial art has been around and I don’t think it matters if the artist is good”, she feels. 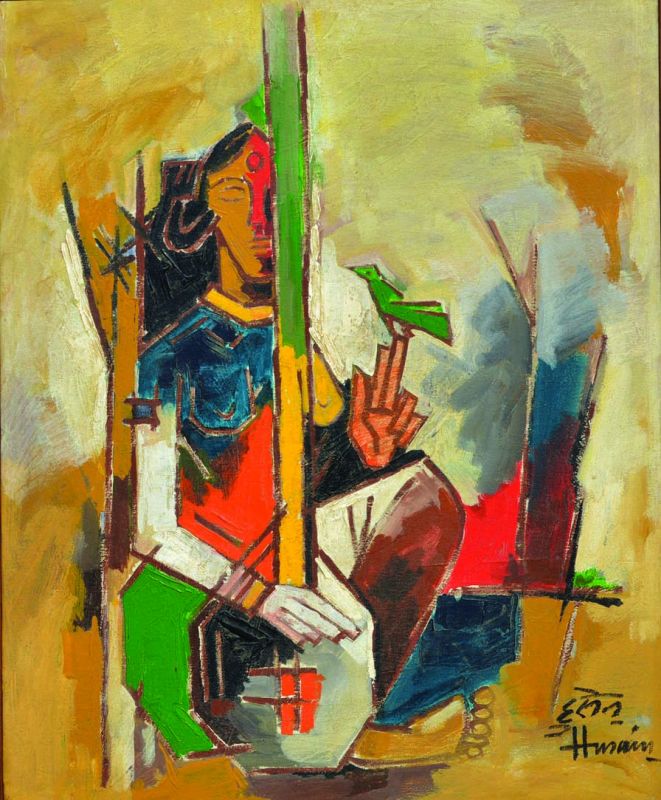 An oil on canvas painting by the late MF Hussain

She who is an artist as well says, “I never painted to sell. I painted because I liked to paint. It did not really matter to me that I had to change my style or do something different to please people.” She then adds that the notion did not apply to her but to most of the artists it does as whatever they sell they create over and over. Artists evolve over the years she says adding, “Their style keeps changing over the years and when they find what works for them, they stick to it.”

“Art in India only belongs to the rich”, a phrase so commonly associated with Indian Art. “I feel that art used to be for the rich. But now, it’s become common for youngsters to be young collectors”, she says. She then adds that one doesn’t have to buy the work of big artists in order to be called an art collector.

With the passage of time, she feels that art has become more accessible but there is a major problem. She points out, “I find the problem is in our schooling in the sense that we don’t have art like they do in abroad. We just draw mountains, a sun and a hut.” She then explains that in overseas countries, there are children taking proper art courses where they are educated in the field of art. She adds by saying that art needs to be made into a subject and create awareness of Indian art and Indian artists.

But there has been a slight improvement in the art situation of India, many universities in Delhi and galleries now provide courses of art appreciation. But it is not enough by any stretch. “I think it is a start but there’s still a lot more to be done. We don’t really have public art. If you go anywhere in Europe, you’d see even the benches on the roads painted by big artists”, she says.

She was upbeat about the way people are seeing art these days. She observes, “People are more curious because the media has made it very public. The public has become more aware than before.”

She concludes the conversation on an advisory note for all budding artists of India saying, “I think he/she needs to be passionate about their work. If you put your passion and faith in it, you would most certainly get there.”