We are the future

Children beg on the streets and we are made to believe that we are a superpower in the making. 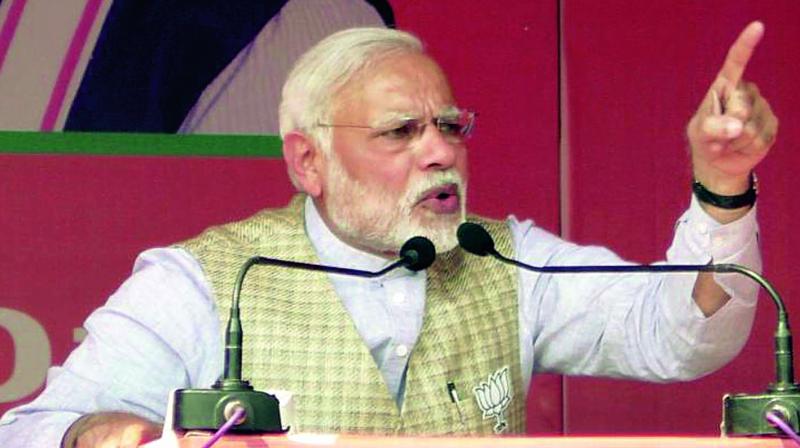 The time has come for the youth to play an active role in shaping the future of
the country. We need to do away with divisive political discourse and
bring about real change. The need of the hour is a genuine agenda involving
social justice and sustainable development 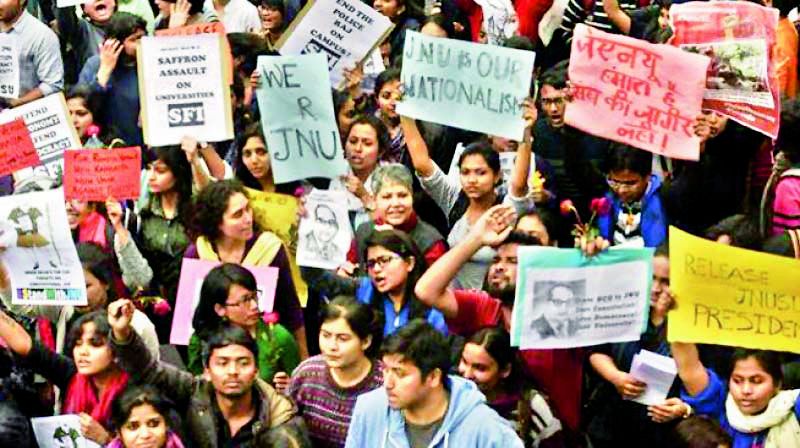 Students at the Jawaharlal Nehru University

The year 2017 was the 70th year of India’s Independence. However, the ghost of Partition continues to haunt India’s polity. Not only is it reflected in India’s foreign policy, it also poisons the domestic politics of India. Stray references to Pakistan are made by politicians during elections, routine warmongering goes on in TV studios, and the politics of Mandir-Masjid continues to polarise the already divisive political discourse. Recently, during the Gujarat elections, the former Prime Minister of India, Manmohan Singh, was accused of conspiring with Pakistan by the current Prime Minister, Narendra Modi! Such statements by those who hold Constitutional positions, such political discourse, not only undermine democracy, but also weaken India’s position as a global leader.

Such talk could be traded for statesmanship. India could be a spokesperson, a representative of Third World interests at global forums. India could pioneer peace and stability in this volatile region. After all, we, the young people inhabiting this region, have a stake in peace. When an earthquake hits Pakistan, we feel the tremors too; a war or a nuclear catastrophe would spare no one. A hostile geopolitical climate is in no one’s interest, least of all the youth who have inherited the planet in an already run-down condition.

The pollution index in Delhi has hit the roof and transcended it. India is often touted as the youngest nation in the world; this demographic dividend can either be channelled for violent purposes such as terrorism and lynching, or for collective prosperity. Not only is peace beneficial in itself, but it is also beneficial for this collective prosperity. Divisive politics tries to take our focus away from these questions. How can we, as young people, identify with an election process where the issues are about Mandir, Masjid and Pakistan? Where are our issues reflected in it? Children beg on the streets and we are made to believe that we are a superpower in the making. Dalits, women and Muslims are routinely subjected to violence. Ad hoc employment and job insecurity are leading to frustration among the youth. Public transport is in a shambles, farmers are committing suicide, and conflict is brewing in several parts of the country, due to denial of social justice. In such a situation, the onus is on young people to take charge and decide the focus of future political discourse.

Alternatives exist both within and outside the system. We need political will to acknowledge and implement these. We need universal education in real terms, dignified employment and work conditions, safe transport for women and access to justice. It is only a genuine agenda of social justice, inclusion, gender justice and sustainable development that will make India a global leader.

Shehla Rashid Shora is former vice-president of JNUSU. She tweets at @shehla_rashid.