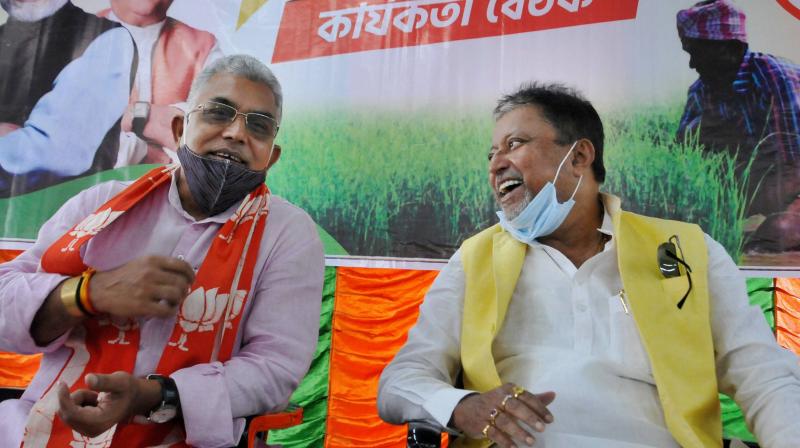 New Delhi: Amid the raging factionalism in its West Bengal unit, the BJP central leadership, it is learnt, has asked joint general secretary (organisation) Shivprakash, an RSS man, to get the party’s house in order in the state. The BJP top brass has been getting reports that the West Bengal unit was grappling with factionalism and a divided house was sending a negative message to its cadre. While the top leadership is busy strategising on how to oust the Mamata Banerjee-led TMC government in the Assembly polls in early 2021, the state leaders are busy in factional fights.

Sources said the central leadership was not very pleased with general secretary and state in-charge Kailash Vijayvargiya, who has so far failed to contain the factionalism. There are complaints that Mr Vijayvargiya is siding with Mukul Roy, once a close aide of Ms Banerjee, who had joined the BJP in 2017.

BJP state unit chief Dilip Ghosh, sources said, was not happy at the way Mr Roy was trying to project himself a more prominent Bengali politician than the state unit chief himself. Mr Shivprakash has been a key member of the central leadership’s core team for West Bengal since 2014, and was one of the key strategists in the last Lok Sabha polls, when the BJP won 18 parliamentary seats in a state where it was not even a political force till 2014.

Sources said the central leadership has decided to step in after disgruntlement grew over the formation of the new state committee, which has many new names considered close to Mr Vijayvargiya, and the state president disbanded the district committees.

The central leadership also decided to replace organisational secretary Subrato Chattopadhyaya with Amitva Chakaraborty in order to contain the factionalism.