India   Politics  31 Aug 2019  BJP to launch 'One Nation One Constitution' campaign in wake of abrogation of Article 370
India, Politics

A few days back, DMK along with several Opposition leaders had staged a protest against the revocation of Article 370. 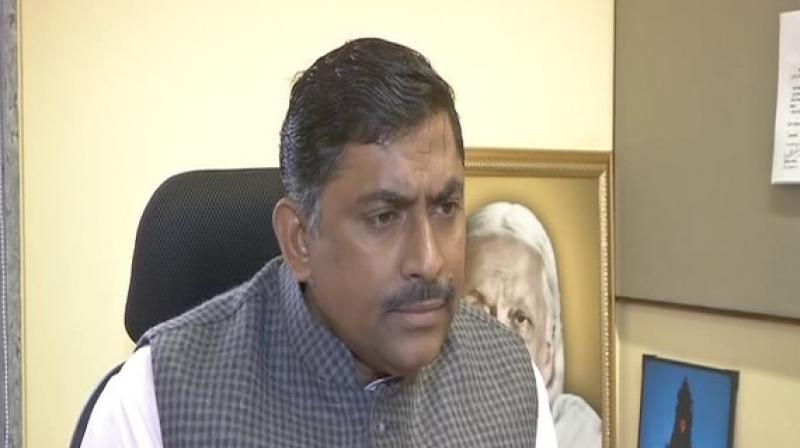 The BJP leader said that the party's senior leadership will meet around 2,000 people across the country and will explain to them the idea behind scrapping provisions of Article 370. (Photo: ANI)

Chennai: BJP national general secretary P Muralidhar Rao on Saturday said that the party is launching a "national unity" campaign 'One Nation One Constitution' from September in the wake of abrogation of Article 370.

"BJP is launching a national unity campaign 'One Nation One Constitution' from September 1 till September 30. In the month-long campaign, we will reach out to people to explain about the abrogation of Article 370 from the Indian Constitution and to explain the position, arguments and logic of the Government of India behind taking this decision," he told reporters here.

"We have planned to organise a number of programmes. As part of preparation today, we have held a zonal level workshop here of southern states. The content of the programme with heads of each state will be discussed," Rao added.

The BJP leader said that the party's senior leadership will meet around 2,000 people across the country and will explain to them the idea behind scrapping provisions of Article 370.

"These 'opinion-makers' will further explain people in their area about the abrogation of article 370," he said.

Hitting out at the DMK which has been vocal against the government's decisions of abrogating article 370 from Jammu and Kashmir, the BJP leader said that the move is completely legal and as per provisions of the constitution.

"Whatever the government has done was done legally and constitutionally. In Tamil Nadu, DMK opposed the abrogation of article 370 and protested against it. We are challenging DMK and we will reach to people in every corner of the state," he said.

A few days back, DMK along with several Opposition leaders had staged a protest against the revocation of Article 370.

Rao also outlined that people in Jammu and Kashmir were deprived of many benefits due to the earlier regulations.

"People from Scheduled castes in J-K were deprived of reservation benefits. They should also get benefit like people in Tamil Nadu. If women of Jammu and Kashmir marry a person outside their state then they were deprived of their rights. J-K people want democracy, good governance, reservation, etc," he said.

The BJP leader also accused Congress party leaders of making statements which are being used by Pakistan in UN against India.

"BJP was in Opposition for a long time. We never made comments when the country fought wars," he said.