Rajasthan politics: Ashok Gehlot MLAs to be shifted to another hotel in Jaisalmer

MLAs have been staying in the hotel since July 13 after Sachin Pilot, 18 other MLAs rebelled against government triggering political crisis 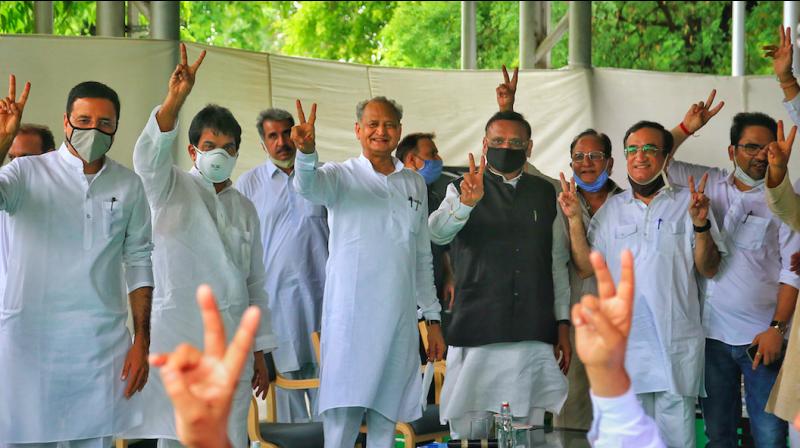 Jaipur: The MLAs of the Ashok Gehlot camp, who have been staying at a hotel on the Jaipur- Delhi Highway amid the ongoing political crisis in Rajasthan, will be shifted to Jaisalmer on Friday, Congress sources said.

The MLAs will be shifted after the Congress Legislature Party meeting in the hotel, the sources said, adding, Chief Minister Ashok Gehlot will address the MLAs.

The MLAs have been staying in the hotel since July 13 after Sachin Pilot and 18 other Congress MLAs rebelled against the government triggering the political crisis.

The sources did not elaborate on the reasons for shifting the MLAs.

Rajasthan Chief Minister Ashok Gehlot on Thursday indicated that he will seek a confidence vote when the assembly convenes next fortnight and claimed that the money offered to the MLAs to switch sides had increased sharply ahead of the session.

The chief minister said the rebels who have not accepted money should return to the party fold.