Kolambkar quit Congress on Monday and had announced his decision to resign from the House. 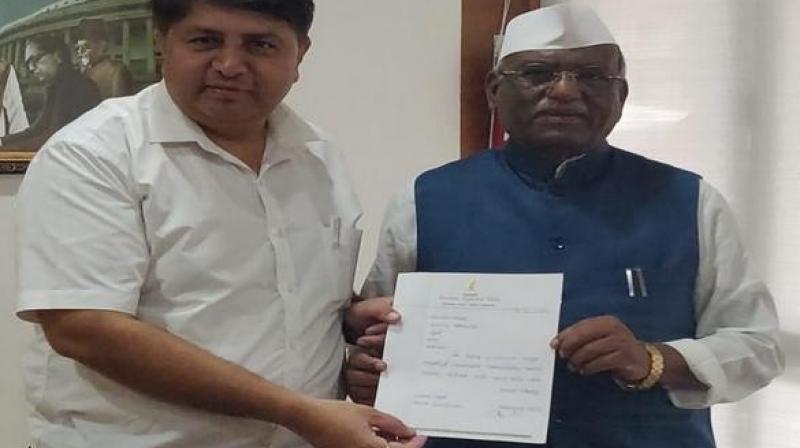 Mumbai: Four MLAs from the opposition Nationalist Congress Party and Congress in Maharashtra, who submitted their resignations to the Speaker on Tuesday, are likely to join the Bharatiya Janata Party (BJP) today.

Soon after their resignations, senior BJP leader and Maharashtra Water Resources Minister Girish Mahajan had claimed that more than 50 MLAs of the Congress and NCP want to join his party ahead of the Assembly elections in the state later this year.

"Many people are excited to join BJP. There are more than 50 MLAs of Congress and Nationalist Congress Party who want to join BJP. But we also have some limitations. We cannot admit everyone," he had told ANI.

Kolambkar quit Congress on Monday and had announced his decision to resign from the House.

Assembly elections in Maharashtra are due in October this year.

On Sunday, NCP chief Sharad Pawar had alleged that the Central government is pressuring MLAs from Opposition parties to join BJP.