AAP will not form political alliance with anyone: Gopal Rai

Assembly polls in Delhi are expected to be held in February next year and in Haryana, it would be held later this year. 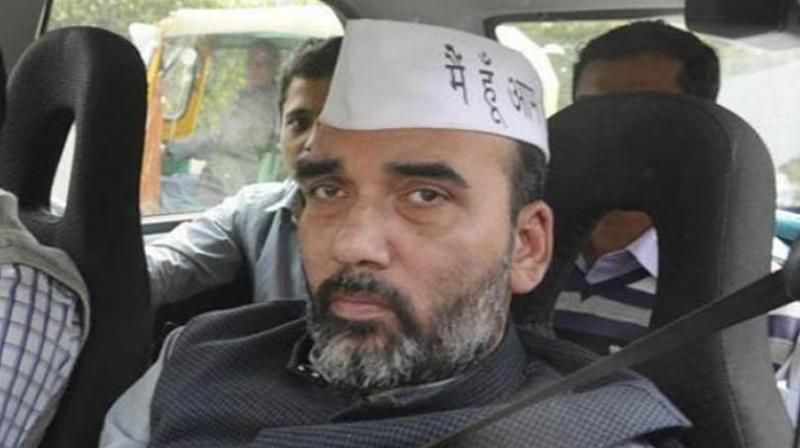 'Based on the assessment, we realised that the plan to form an alliance went against us and that is when we decided we would not form an alliance anywhere in the country,' Rai said. (Photo:

New Delhi: The Aam Aadmi Party has decided to not form a political alliance "anywhere in the country" as the idea of associating with the Congress for the Lok Sabha election earlier this year went against it, a senior AAP leader said on Wednesday.

Gopal Rai also ruled out the possibility of an alliance with the Jannayak Janata Party in Haryana for the coming assembly election.

After the Lok Sabha debacle, when AAP did not win a single seat in Delhi, where it is in power, it closely analysed the reasons behind the loss and found that the talk of an alliance with Congress went against the party's electoral prospects.

"Secondly, we also realised that more work is required at the booth level."

Assembly polls in Delhi are expected to be held in February next year and in Haryana, it would be held later this year.

Congress and AAP were negotiating the possibility of an alliance in Lok Sabha polls for almost two months but could not reach common ground on a seat-sharing formula.

The AAP leadership also held a meeting of party MLAs to discuss the findings of the Aapka Vidyayak Aapke Dwar programme, as part of which the legislators met people to assess the party's performance in their respective areas.

The party has hired a start-up to assess the performance of its MLAs in Delhi, sources said, but added that the AAP leadership will decide on ticket distribution for assembly polls.

In 2015, AAP secured an absolute majority in the assembly, winning 67 of the total 70 seats.