The post has fallen vacant after the resignation of Speaker Ramesh Kumar on Monday. 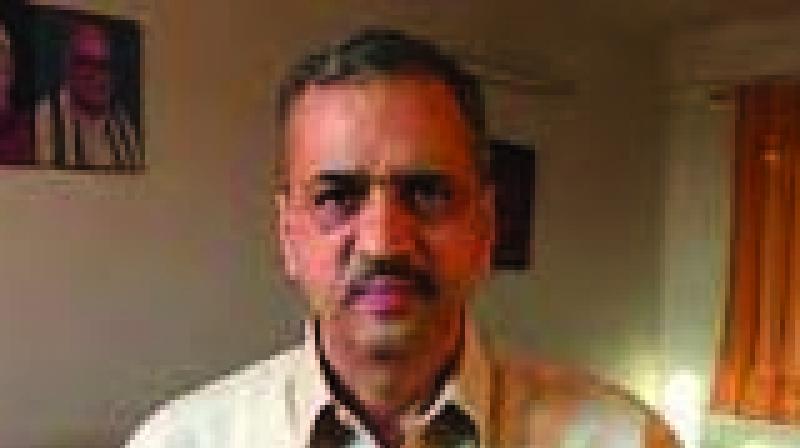 Bengaluru: Contrary to expectations, six-time MLA from Sirsi Assembly constituency and senior BJP leader Vishweshwar Hegde Kageri is all set to become the new Speaker of the state Assembly. The post has fallen vacant after the resignation of Speaker Ramesh Kumar on Monday.

With the Opposition Congress and JD(S) not filing any nomination for the post, the election of Mr Kageri is a foregone conclusion with a formal announcement likely to be made on Wednesday.

Earlier, the BJP had reportedly finalised the candidature of Virajpet MLA, K.G. Bopaiah but in a late night development, the party changed its nominee and convinced Mr Kageri to accept the post. Accompanied by Chief Minister B.S.Yediyurappa and senior BJP leaders, the former minister filed his papers on Tuesday before Assembly Secretary M.K. Vishalakshi.

Sources said some  senior leaders opposed the candidature of Mr Bopaiah with his controversial decision to disqualify 16 BJP and Independent MLAs in 2010 in his capacity as Speaker coming in the way of his candidature. These leaders felt the  appointment of Mr Bopaiah to the top post may invite criticism from opposition parties in the Assembly and so decided on a leader with a clean image like Mr Kageri.

The party wants an experienced leader in the post as he will have to preside over the proceedings when important bills are likely to be presented in the remaining 3 year 10 month tenure of the BJP government.