The first one off the mark was party spokesman Pawan Khera 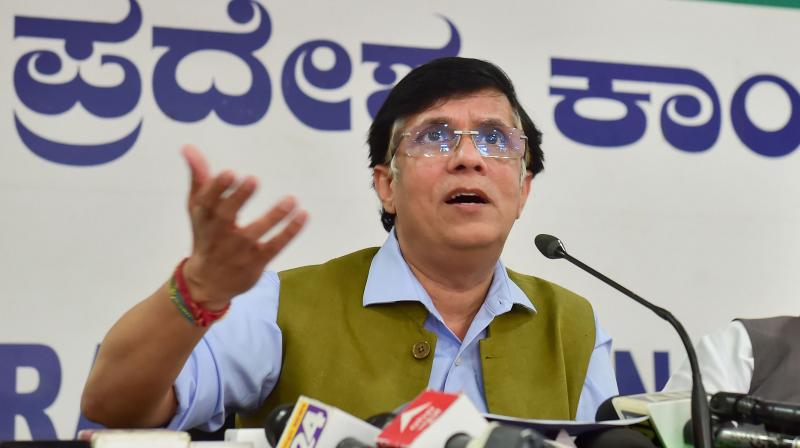 New Delhi: Resentment within the ranks of the Congress is now out in the open after it announced the Rajya Sabha nominations on Sunday night. The first one off the mark was party spokesman Pawan Khera, who tweeted: “Maybe there is something missing in my penance”. In a bid to disguise his despair, he further tweeted that it was Congress that had given him an identity. Interestingly, Mr Khera has not contested either a Lok Sabha or an Assembly election.

In a surprising move, the party recommended the name of Imraan Partapgarhi, a poet-turned-politician who joined the Congress in 2019 and is the minorities department chairman of the Congress, for a Rajya Sabha nomination from Maharashtra. Party leader and actor Nagma shared Khera’s tweet and wrote: “Our 18 years of penance also fell short in front of Imran Bhai.”

The actor also said Congress president Sonia Gandhi had “personally committed to accommodating” her in the Rajya Sabha when she joined the Congress in 2003. Citing Partapgarhi’s selection, she asked if she was “less deserving”.

Congress leader Acharya Pramod Krishnam, responding to Nagma, wrote that the “penance” of Salman Khurshid, Tariq Anwar and Ghulam Nabi Azad was of over 40 years, but they too were “martyred”.

He tweeted in Hindi: “Suppression of talent is a ‘suicidal step’ for the party.”

Rumblings have also started in the Rajasthan Congress as three “outsiders” were foisted on the state -- Randeep Singh Surjewala, Mukul Wasnik and Pramod Tewari have been nominated from the state.

A Congress MLA, Sanyam Lodha, said the party would have to explain why no leader was nominated from Rajasthan. “The Congress Party should tell us what was the reason for not making any Congress leader/worker from Rajasthan a candidate in the Rajya Sabha elections,” he said. Interestingly, Randeep Singh Surjewala was not confident enough to contest from his state of Haryana, choosing Rajasthan instead, while Ajay Maken is the official candidate from Haryana.

In the Congress list, P. Chidambaram and Vivek Tankha have been fielded from Tamil Nadu and Madhya Pradesh respectively. In Congress-ruled Chhattisgarh, two “outsiders: have been nominated -- Mr Rajeev Shukla and Ms Ranjeet Ranjan. In Haryana, AICC general secretary Ajay Maken was fielded. Jairam Ramesh is being fielded from Karnataka.

Ghulam Nabi Azad and Anand Sharma, two of the key players among the G-23 group of change-seekers within the Congress, have also been left out. Insiders claim that the Congress leadership has not acted with “political prudence” in nominating candidates. They added that while in Uttar Pradesh the party has only two MLAs, three leaders belonging to UP have been selected for the Rajya Sabha and are being nominated from other states. The resentment over the Rajya Sabha nominations may well wash away the good work done in the recent “Chintan Shivir” conclave that was held in Udaipur.