UP CM will have 25-28 commandos protecting him at all times, while his convoy would be accompanied by a pilot and escort vehicles armed with jammers. 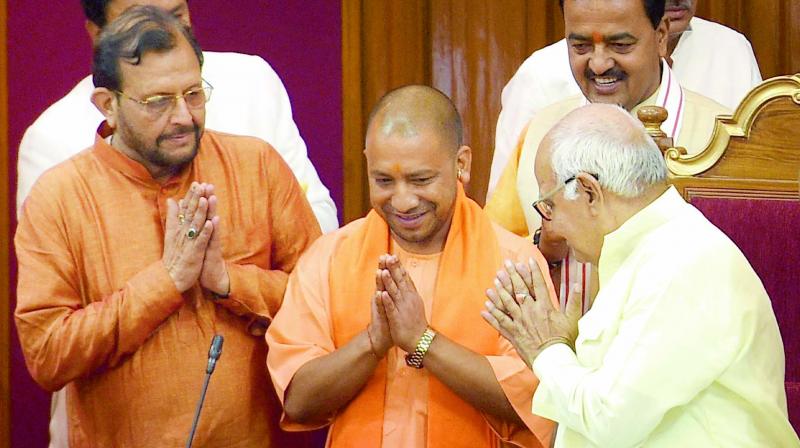 UP CM Yogi Aditiyanath along with BJP leaders attend the Assembly in Lucknow. (Photo: PTI)

People familiar with the matter said the newly appointed CM would be protected by a commando team of the Central Industrial Security Force, in addition to a small contingent of the Uttar Pradesh police.

Mr Adityanath presently had a Y category VVIP cover by the CISF in his capacity as a Bharatiya Janata Party member of Parliament from Gorakhpur, but after becoming CM, the threat perception carried out by Central security agencies stated that his security cover should be upgraded. “The chief minister’s security cover has been beefed up and he will now be secured by a strong team of CISF commandos every time he moves across the country. A similar commando contingent will be deployed at his official residence,” a senior officer said. As part of the new security arrangement, Mr Adityanath will have 25-28 commandos protecting him at all times, while his convoy would be accompanied by a pilot and escort vehicles armed with jammers.

As part of the Y security cover, he was accompanied by two-three commandos when he travelled.