If Nitin Patel brings 10 BJP MLAs, Cong will give him suitable post: Hardik

The deputy chief minister is reportedly said to be sulking after finance, urban development and petroleum portfolios were taken from him. 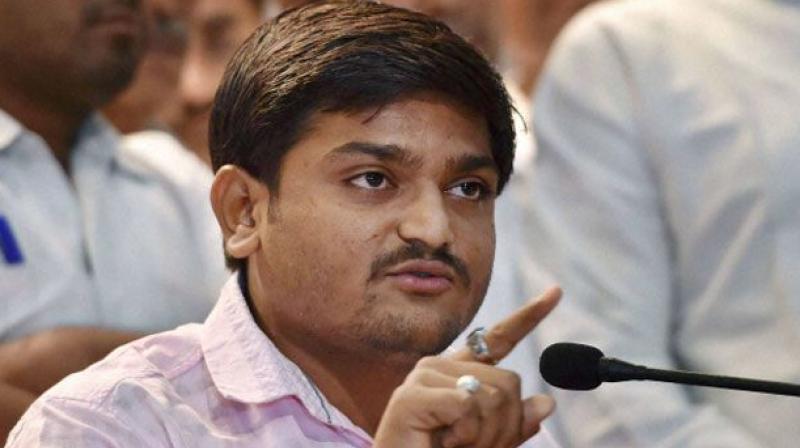 The purported wooing has come in the backdrop of rumours that the deputy chief minister is not happy with the portfolios allotted to him in the newly-inducted Gujarat Cabinet headed by Chief Minister Vijay Rupani.

Talking to the media in Gujarat, Patel said, "If Nitin Patel is ready to leave the Bharatiya Janata Party (BJP) with 10 MLAs then I will talk with the Congress party about giving him suitable post in the party."

"If the BJP is not respecting Patels, then they should leave the party and should accompany Nitin Patel," Patel said.

The deputy chief minister is reportedly said to be sulking after finance, urban development and petroleum portfolios were taken from him.

The cracks in the new government were visible when Patel did not assume office in the Sachivalaya in Gandhinagar on Friday even as many ministers took charge.

Political circles in Gujarat are also abuzz with speculations that Nitin Patel may resign from the BJP.