Maoists blow up bridge in Jharkhand amid voting 13 constituencies 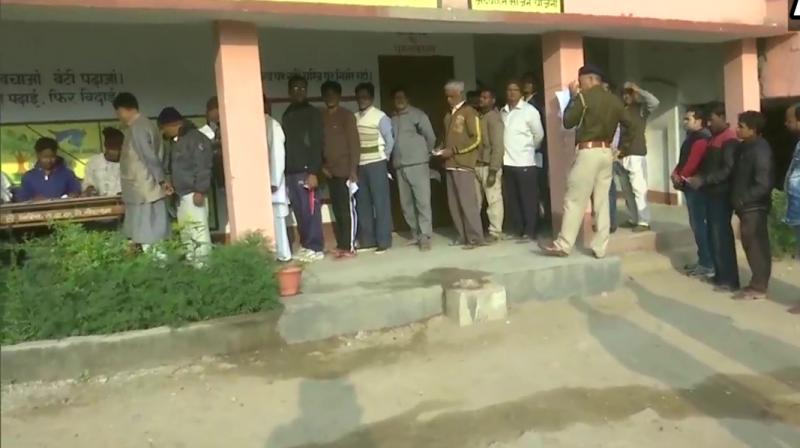 The first of the five-phase polling began in 13 assembly constituencies in Jharkhand on Saturday. (Photo: Twitter/ ANI)

Ranchi: As the first of the five-phase polling began in 13 assembly constituencies in Jharkhand on Saturday, the naxals blew up a bridge in Bishnupur in Gumla district. However, no injuries have been reported so far.

Deputy Commissioner Shashi Ranjan said that voting has not been affected.

The voting commenced at 7 am and will end at 3 pm, Election Commission officials said. A total of 37,83,055 electorate, including 18,01,356 women and five third-gender voters are eligible to exercise their franchise in the first phase across six districts.

The fate of 189 candidates, including 15 women nominees, will be decided in the first phase of the polling in Chatra, Gumla, Bishunpur, Lohardaga, Manika, Latehar, Panki, Daltonganj, Bishrampur, Chhatarpur, Hussainabad, Garhwa and Bhawanathpur.

Oraon is taking on the former state Congress chief Sukhdeo Bhagat after the latter joined the BJP recently. Former BJP chief whip Radhakrishna Kishore, who was denied ticket from Chhatarpur, is contesting on an All Jharkhand Students Union (AJSU) party ticket from the same seat.

The other parties contesting the elections are Babulal Marandi's Jharkhand Vikas Morcha (Prajatantrik), Janata Dal (United) and the Left parties. Jharkhand Chief Electoral Officer Vinay Kumar Choubey said a total of 4,892 polling stations have been set up, out of which 1,262 would have webcasting facilities.'