Manish Gupta supported the Bill but added that the Bill should have been referred to a parliamentary panel for further scrutiny. 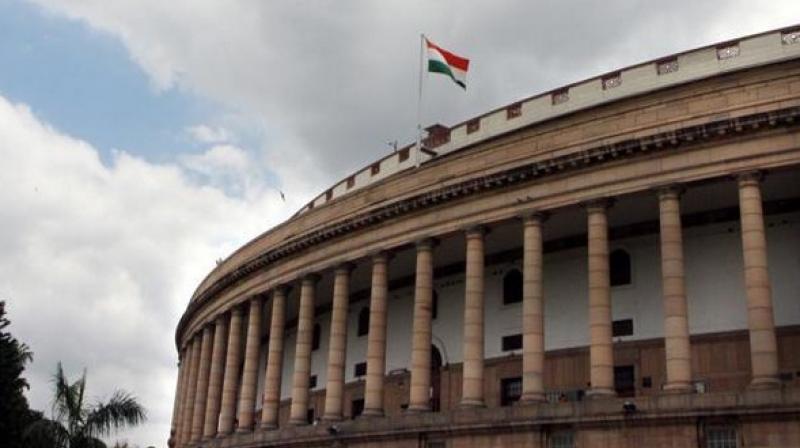 Sitharaman hoped that the proposed amendments will help in timely disposal of cases and said that the delay at admission stage was itself worrying. (Photo: ANI)

New Delhi: The Rajya Sabha on Monday passed the Insolvency and Bankruptcy Code (Amendment) Bill, 2019 that seeks to speed up the entire process of bankruptcy resolution and setting deadlines for completion.

Replying to the debate on the amendment in Insolvency and Bankruptcy Code (IBC), Finance Minister Nirmala Sithraman said the seven proposed changes in the law are to largely remove the ambiguities and facilitate smooth conduct of the corporate and insolvency resolution process.

"So, the intent of the government is to maximize the value of a corporate debtor as a going concern while simultaneously adhering to strict timelines," she said.

Noting observations by some members during the debate that the bankruptcy law had resulted in a behavioural change among businesses, she said that as many as 6,079 cases had been disposed of even before admission.

Sitharaman hoped that the proposed amendments will help in timely disposal of cases and said that the delay at admission stage was itself worrying.

Earlier, supporting the Bill, Congress' Kapil Sibal said this was well-conceived legislation and some of the amendments were salutary.

Pointing out several pertaining issues with regard to insolvency, he demanded that Bill should have been referred to the Select Committee for detailed discussion.

"The direction was right but such legislation should not be decided and bulldozed through Parliament without referring the matter to the Select Committee," he said.

Sibal also said India's economy was passing through a difficult time and sectors like manufacturing and real estate were facing challenges.

"The whole IBC Code was the crying need of the hour and we didn't have a resolution process or a bankruptcy process in this country. I commend the government for having started that process way back in December 2015. This is a very complicated law. Since its inception, there have been about 27 amendments in this Bill," he said.

Trinamool Congress' Manish Gupta supported the Bill but added that the Bill should have been referred to a parliamentary panel for further scrutiny.

"The House would agree that a time comes in the economy of the country, in the lives of men and institutions when you need to take steps to correct the legal system wherever required," he said.

"Parliamentary procedures that are required to give legislative legitimacy to any law or amendment has not been followed in this case. This is the most unfortunate. It would have been advantageous to send this Bill to a Select Committee for a short time so that more minds could be applied to amend this it," he said.

The Insolvency and Bankruptcy Code (Amendment) Bill 2019 was introduced in the Rajya Sabha by the Finance Minister last week.