BJP to blame for unrest in states, says Rahul Gandhi

Rahul Gandhi indicated that priority would be given to youths in the ticket distribution by Congress in coming elections. 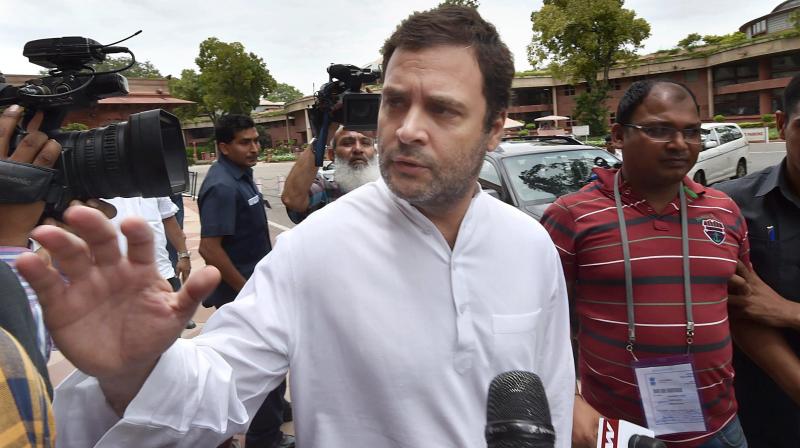 Bhopal: Congress vice-president Rahul Gandhi on Saturday said many states in the country plunged into unrest after NDA came to power at the Centre.

Winding up his two-day visit to Bastar in Chhattisgarh, Mr Gandhi said, “Today there is crisis in Jammu and Kashmir. There is resentment in West Bengal, Tamil Nadu, Chhattisgarh, Sikkim and north-eastern states. During the UPA regime, peace used to rule in all these states.” He was addressing party workers in Bastar.

Expressing concern over deepening crisis in J&K, he said the state has been witnessing growing militant attacks and increasing number of ceasefire violations from Pakistan over last one year.

“Till 2014, terrorism in J&K was over. Tourism had received a boost in the region and 45-50 flights used to land in Srinagar daily,” he said.

Mr Gandhi indicated that priority would be given to youths in the ticket distribution by Congress in coming elections. He exhorted the youth Congress leaders to be prepared for taking the plunge into electoral battle in coming days. He, however, said winning prospect of a candidate would be the key criteria during ticket distribution by the party.