The 18-year-old actor said she was not happy with the line of work as it interfered with her faith and religion. 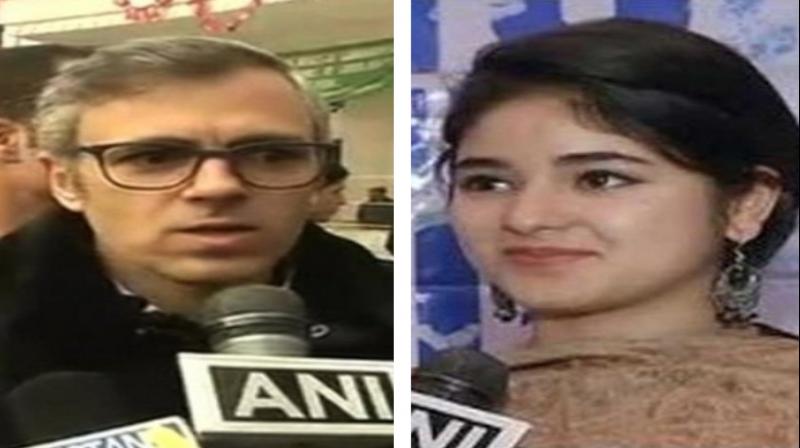 Former Jammu and Kashmir chief minister Omar Abdullah tweeted, 'I wish her well and hope that what ever she does makes her happy.' (Photo: ANI)

Srinagar: Hours after National Award-winning actor Zaira Wasim announced her "disassociation" from the field of acting, political leaders in Jammu and Kashmir supported her decision and wished her luck.

Former Jammu and Kashmir chief minister Omar Abdullah tweeted, "Who are any of us to question @ZairaWasimmm's choices? It's her life to do with as she pleases. All I will do is wish her well & hope that what ever she does makes her happy."

The 18-year-old actor said she was not happy with the line of work as it interfered with her faith and religion. In a detailed post on her Facebook page, which she later shared across all social media platforms, the Kashmiri-born "Dangal" fame star said she realised "though I may fit here perfectly, I do not belong here".

Former bureaucrat-turned-politician Shah Faesal said he respected Wasim's decision and wished her luck. "I always respected @ZairaWasimmm's decision to be an actor.  Perhaps no other Kashmiri has achieved such an iconic status, such success and fame, at such a young age. And today, as she quit the industry, I have no choice but to respect her decision. Wish her luck," Faesal said in a tweet.