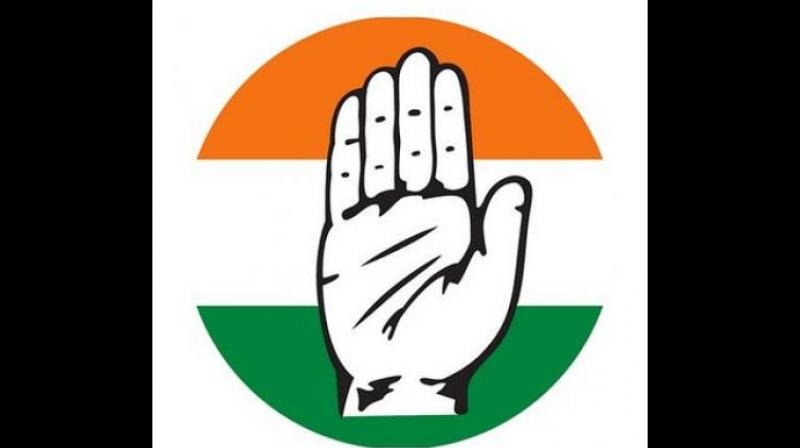 Congress managed to win only 52 seats in the recently-concluded Lok Sabha elections, while BJP emerged victorious in 303 seats. (Photo: File)

Mumbai: Maharashtra Youth Congress chief spokesperson Anand Dubey on Sunday resigned from all post of the party after reports surfaced that he welcomed Rahul Gandhi's decision to step down as the party's president.

Satyajeet Tambe, the state youth Congress president, announced the news on Twitter and posted Dubey's resignation letter, saying he is "willing to join some another party".

"Maharashtra Youth Congress disagrees with his stand taken today on a few media channels. He has taken this stand as he left the party and is willing to join some another party," he wrote on Twitter.

The letter read: "It is with great gratitude and bit of sorrow, I tender my resignation from all the post of primary membership of Congress party with immediate effect. I intend to go on to other opportunities, which will allow me to serve the public."

Dubey reportedly wrote a letter to Rahul Gandhi welcoming his decision to quit as the party president and emphasised that perhaps it was time for a "non-Gandhi" member to become the party chief.

Amid continuing uncertainty over Gandhi's position, veteran Congress leader M Veerappa Moily on Friday claimed that there was not even "one per cent" chance of the Nehru-Gandhi scion continuing as the party president.

"I do not... (think there) maybe even one per cent (possibility) of his (Gandhi's) coming back. CWC will definitely meet before they consider any other name. Unless his resignation is accepted by CWC, speculations and his assertions will go on," Moily told ANI.

Congress managed to win only 52 seats in the recently-concluded Lok Sabha elections, while BJP emerged victorious in 303 seats.