Sources said Shiv Sena has been putting pressure on NDA to elect their leader for the post. 2 rounds of talks have already been held. 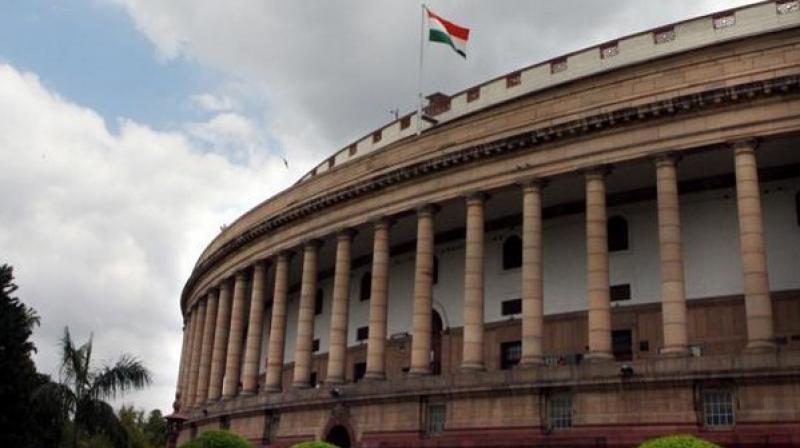 Earlier reports had stated that the YSR Congress Party and Biju Janata Dal (BJD) are also in the race for the post, which have now been refuted. (Photo: ANI | Representative)

New Delhi: The position of Deputy Speaker of Lok Sabha is likely to be allocated to a leader of the NDA ally Shiv Sena, sources said on Sunday.

The first Parliament session of 17th Lok Sabha will continue till July 26. During this session, Lok Sabha will get a new Deputy Speaker. However, speculations are on regarding the post.

At first, Shiv Sena leader Sanjay Raut had claimed that the Deputy Speaker of Lok Sabha should be from his party. However, reports had stated that the YSR Congress Party and Biju Janata Dal (BJD) are also in the race for the post.

Amid speculations, sources told ANI that leaders from YSRCP and BJD have claimed that they are no longer in the race for the post of Deputy Speaker.

Sources said Shiv Sena has been putting pressure on the NDA government to elect their leader for the post. Two rounds of talks have already been held with Shiv Sena in this regard, sources added.

In the Lower House, Shiv Sena has a total strength of 18 MPs at present.