Modi also expresses confidence of victory in the country's battle against coronavirus. 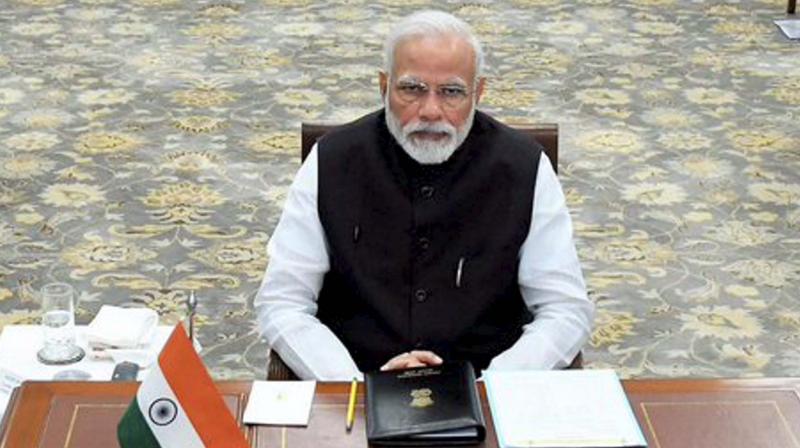 New Delhi: On the first anniversary of the second term of NDA government, which has coincided with the COVID-19 pandemic hitting the Indian economy, the Prime Minister on Friday emphasised on the need to be self reliant and resilient to combat the challenges thrown up by the prevailing situation.

In his letter to the nation, Modi wrote that though he wanted to be amidst the people at this time, he decided to pen a letter to all citizens owing to the pandemic. Modi had taken oath as prime minister for the second consecutive time on May 30, 2019.

Meanwhile, even as the GDP during 2019-20 grew at a meagre 4.2 per cent as compared to 6.1 per cent in 2018-19, and the unemployment rate rose from 8.8 per cent in March 2020 to 23.5 per cent in April 2020, Modi wrote that India will also set an example in economic revival “just like India surprised the world with its unity and resolve in the fight against the corona pandemic."

Modi made a reference to the pain and sufferings of millions of guest workers -- who have been forced to traverse thousands of kilometres to their home towns and villages -- saying that “In a crisis of this magnitude, it can certainly not be claimed that no one suffered any inconvenience or discomfort. Our labourers, migrant workers, artisans & craftsmen in small scale industries, hawkers and such fellow countrymen have undergone tremendous suffering”.

He further advised, "We have to take care to ensure that inconveniences that we are facing do not turn into disasters. Hence, it is very important for every Indian to follow all rules and guidelines. We have displayed patience so far and we should continue to do so."

The Prime Minister underlined the importance of being self-reliant or Atma Nirbhar, and said that the Rs 20 lakh crore package announced for Aatmanirbhar Bharat Abhiyan is a major step towards making India a self reliant nation and for further boosting domestic economy.

Modi listed the achievements of the NDA government during the past one year, beginning from the abrogation of Article 370 to the Ram Mandir judgment, and the Amendment to the Citizenship Act, which he said “was an expression of India’s compassion and spirit of inclusiveness”.