Taking moral responsibility for defeat in polls, Congress president had offered to resign on May 25, but it was rejected 'unanimously'. 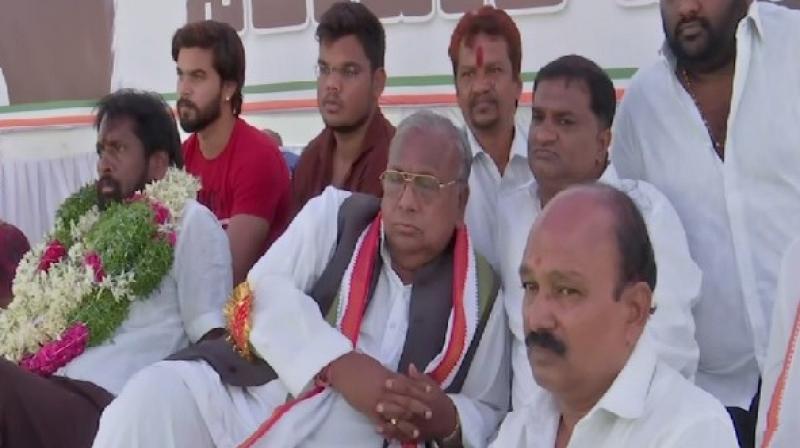 Hyderabad: Senior Congress leader V Hanumantha Rao on Thursday staged a protest along with the party workers at Gandhi Bhavan here against Rahul Gandhi's resignation from the party president's post.

The Former Telangana Pradesh Congress Committee (PCC) president further said, "Even in 1977 former Prime Minister Indira Gandhi had faced defeat but again in just three years she got absolute majority and won the elections. In this situation, Rahul Gandhi should not leave the president's post and it is the opinion of every congress party worker."

"There will be many difficulties ahead and we should face them and continue. We hope in 2024, Congress party will come back to power," he added.

Taking moral responsibility for the defeat in the polls, the Congress president had offered to resign in a meeting of the Congress Working Committee (CWC) on May 25, but it was rejected 'unanimously' by the party members who authorised him to do a complete overhaul and restructure the party at every level.