Road work suspended after Sukma attack, security forces to hit back at Naxal

The security forces in the region would hit back at the Naxals in the next few days based on intelligence inputs. 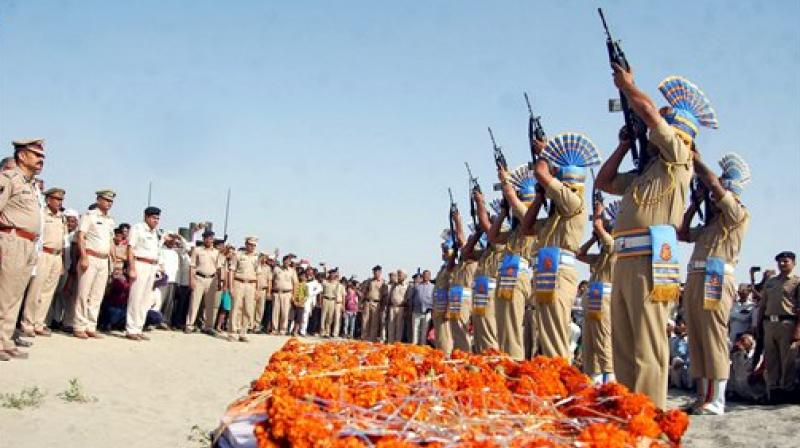 Sukma: Following the Sukma incident, wherein as many as 25 Central Reserve Police Force (CRPF) personnel were killed in the encounter with the Maoists, all Road Opening Party (ROP) duties of the security forces' personnel in Maoist-affected areas has been suspended for two weeks.

"The Road Opening Party (ROP) duties have been suspended for next two weeks across Bastar. We will concentrate on operations now and all the forces will be engaged in that only," Special Director General of Police, Naxal Ops DM Awasthi said.

The security forces in the region would hit back at the Naxals in the next few days based on intelligence inputs.

“We will concentrate on operations now and all the forces will be engaged in that only,” HT quoted DM Awasthi, special Director General (Naxal operations), as saying.

It's reported that more than five 7000-security personnel are engaged in the ROP duty across Bastar in a day at a time. As many as 30,000 jawans are working in seven districts of Bastar.

The 74th CRPF Battalion was on an ROP duty to guard the road and an under-construction bridge when the Sukma ambush took place, CRPF Deputy Inspector General (DIG) DP Upadhyay said.

As many as 90 CRPF jawans were a part of the ROP when they were attacked by the Maoists.

Meanwhile, Union Home Minister Rajnath Singh has said the government had taken as a challenge the killing of CRPF personnel and vowed that no one will be spared.

The Chhattisgarh Chief Minister has called for concrete strategy to counter such attacks, while expressing grief over the death of jawans.