The TPCC has urged the Chief Election Commissioner to ensure strict implementation of the MCC. 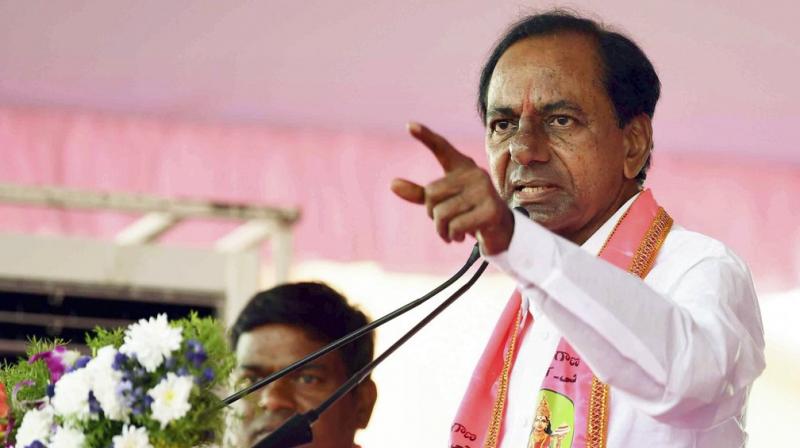 The TPCC has urged the Chief Election Commissioner to ensure strict implementation of the MCC.

"The Chief Minister is using the government accommodation - Pragathi Bhavan, as his office-cum-residence. He has been violating the MCC on several occasions, since the 2014 elections. We wish to state that during the course of the biennial elections to the Telangana Legislative Council in 2015, our party filed a complaint that after the MCC came into existence on November 24, 2015, as CM of Telangana, Shri K Chandrasekhar Rao addressed a meeting organised to admit Congress leaders from Khammam district into TRS on November 28 at this official camp office. ECI had promptly issued a notice to Shri K Chandrasekhar Rao," the TPCC claimed.

The TPCC claimed that there have been several instances where a gross violation of MCC by Rao, commonly known as KCR, was noticed in the state.

It added, "Citing the provisions of the MCC, ECI had mentioned that “rest houses, dak bungalows or other government accommodation shall not be monopolised and used by the party in power or its candidates, no party or candidate shall use or be allowed to use such accommodation as a campaign office or for holding public meeting for the purpose of election propaganda."

Telangana, which has 17 Lok Sabha constituencies, will vote in the first phase of elections on April 11. The counting of votes will take place on May 23.