Engineering and B.Ed College, which are owned by Murugan's son Kadhir Anand, are also being raided by officials in Katpadi. 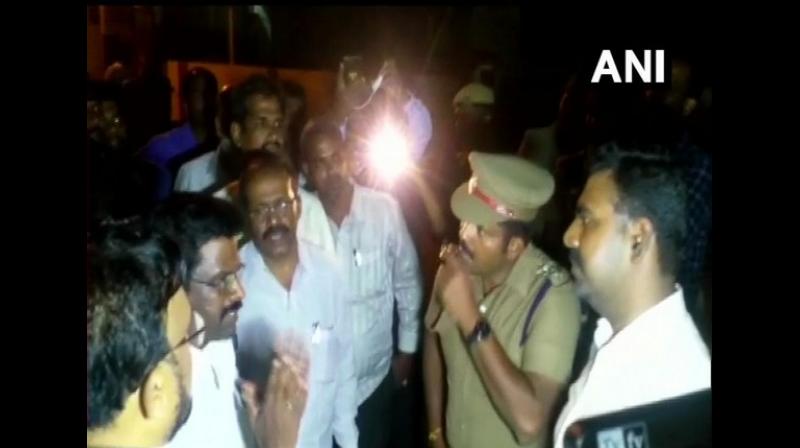 Kingston Engineering College and Durai Murugan B.Ed College, which are owned by Murugan's son Kadhir Anand, are also being raided by officials in Katpadi.

Clarifying on the ongoing raid, DMK leader Durai Murugan commented, "It's a wrong calculation that by ordering IT raids on us we would raise 'Modi Jai' slogan, it is a democratic country. This will not bring Modi any success in politics, it will rather bring only blame and criticism, it is a conspiracy."

When the officials reached Katpadi, they were not allowed to enter Murugan's house by his advocate and DMK members, stating that the officials have no valid documents to carry out raids.

After an hour of delay, Assistant Commissioner of the I-T department Vijay Deepan arrived at the residence, following which a heated argument broke out between officials and DMK cadres.

The officials had come to search the house based on Section 131 of the Income Tax Act, which empowers the I-T authorities to conduct inquiries.

Meanwhile, Murugan's supporters alleged that the raids are "politically motivated" and officials are not abiding the law.

Hundreds of police personnel have been deployed at the site.