The cover will be provided by a special commando team of the CISF along with a small contingent of the Uttar Pradesh police. 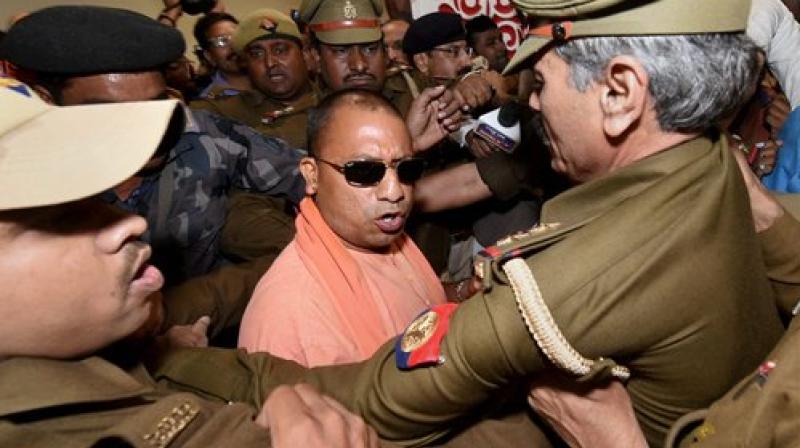 The cover will be provided by a special commando team of the CISF along with a small contingent of the Uttar Pradesh police.

Adityanath was till now enjoying the smallest category of 'Y' category VVIP cover by the CISF in his capacity as a BJP Member of Parliament from Gorakhpur but officials said with his taking charge as CM, a threat perception report of central security agencies required his security paraphernalia to be upgraded.

"The Chief Minister's security has been bolstered and he will now be secured by a strong team of CISF commandos everytime he moves across the country. A similar commando contingent will be deployed at his official residence," a senior officer said.

As part of the new and upgraded security paraphernalia, Adityanath will have about 25-28 commandos accompanying him with sophisticated weapons at all times he is mobile and his convoy will have pilot and escort vehicles armed with jammers.

Under the 'Y' cover, he was accompanied by about 2-3 commandos when he travelled, officials said.

A Central Industrial Security Force squad from its Special Security Group (SSG) has recently taken charge of his security in Lucknow, they said.