After the Cabinet meet, Uddhav said: 'I want to assure the people of the state that we will give a good government.' 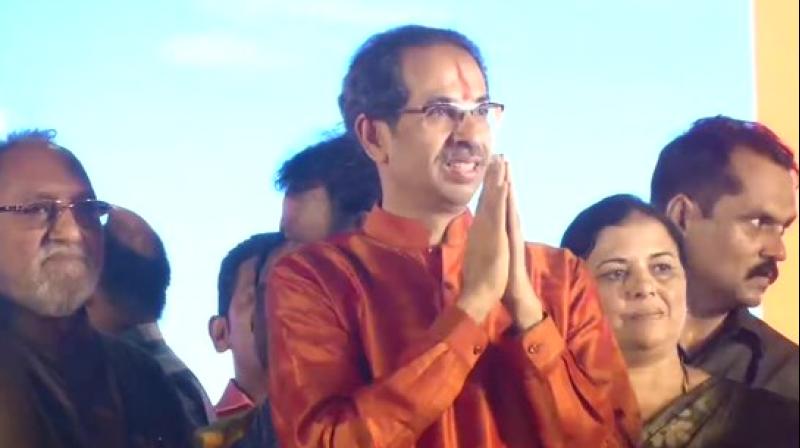 Soon after taking oath, Thackeray held the new cabinet’s meeting. After the meet, he said: “I want to assure the people of the state that we will give a good government. I want to help the farmers in a manner which will make them happy.”

After forming the government, the next big step for the Maharashtra Vikas Aghadi would be to get its trust vote passed on the floor of the Assembly, followed by the expansion of cabinet.

While staking claim, the three-party alliance had submitted letters of support of 166 MLAs. The Governor has given the MVA seven days, till December 3, to submit proof of the support.

Chief minister Uddhav Thackeray is expected to take charge of his office at Mantralaya on Friday and also allocate portfolios to the ministers soon.

The Speaker’s post has been given to the Congress, but the party has not decided its nominee.

The three parties have 12 to 15 ministerial berths for which they would have to pick legislators to maintain the balance between different regions and castes.

Uddhav Thackeray, 59, bowed before the "Shivrajyabhishek", a statue depicting the crowning of warrior king Chhatrapati Shivaji, before taking oath in Marathi. An array of political leaders and his family were a part of the swearing-in ceremony.

On Wednesday, Thackeray had invited Prime Minister Narendra Modi to the oath ceremony. PM Modi, however, did not attend but tweeted congratulations.

Congress leaders Sonia Gandhi, Rahul Gandhi and Manmohan Singh did not attend the function either, but they wrote to the Sena Chief.