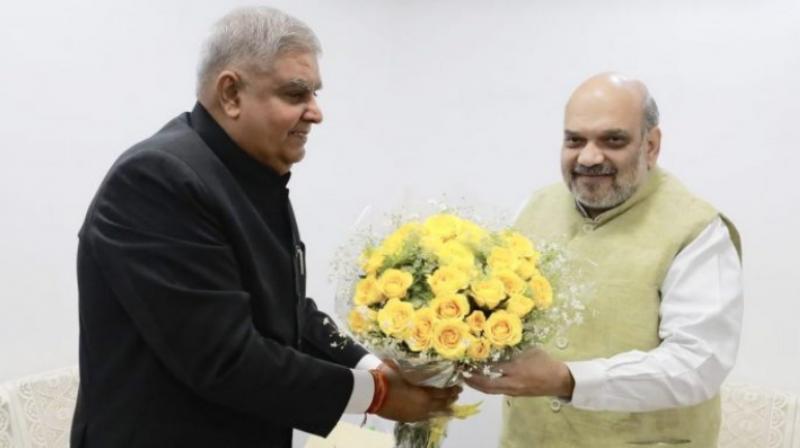 Kolkata: Keeping Gorkhaland issue in mind, West Bengal Governor Jagdeep Dhankhar will meet Union Home Minister Amit Shah in New Delhi on Thursday before starting his month-long visit to Darjeeling, close on the heels of absconding Gorkha Janmukti Morcha (GJM) founder Bimal Gurung's exit from the BJP-led NDA over the separate statehood demand and his pledge to support the Trinamul Congress in the next year's Assembly election.

On Wednesday afternoon Mr Dhankhar tweeted, "West Bengal Governor Shri Jagdeep Dhankhar would be on an official visit to Delhi from Oct 28-30. Governor Dhankhar leaves for Delhi on evening of Oct 28 and returns to Kolkata on Oct 30. His engagements include calling on the Union Home Minister Shri Amit Shah on Oct 29."

According to sources, Mr Gurung's step, which has drastically changed the political mood in the hills, is expected to come up for discussion between Mr Dhankhar and Mr Shah since the GJM founder's rival camp within the party, led by Binay Tamang, has been up in arms against him for offering alliance with the TMC and also organised protests in Darjeeling recently.

Besides the killings of some BJP functionaries, including Manish Shukla, are likely to be on the agenda about which the Governor would brief Mr Shah. He is also expected to speak about the law and order situation in the state under Chief Minister Mamata Banerjee, sources revealed.