The bypolls for one Lok Sabha seat in Bihar and two assembly seats in Manipur would be held on November 7. 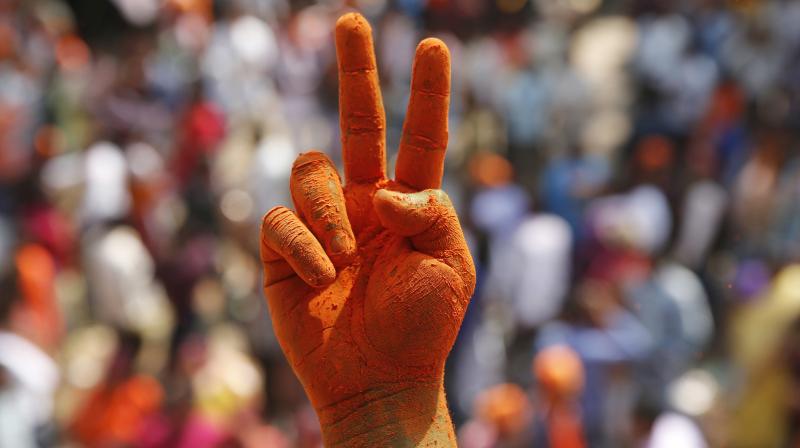 New Delhi: Bypolls to one Lok Sabha and 56 assembly seats spread across 12 states will be held on November 3 and 7, the Election Commission said Tuesday, but did not announce "at this stage" by-elections to seven assembly constituencies in four others states.

The votes for all the bypolls will be counted on November 10, alongside the counting of votes for the general assembly elections in Bihar.

Before announcing the schedule, the poll panel issued a separate statement on Tuesday to say that it has decided not to hold "at this stage" assembly bypolls in seven seats across Kerala, Tamil Nadu, Assam and West Bengal.

The decision has been taken based on inputs received from the chief secretaries and poll officials in these states, the poll panel said in the release.

While there are two vacancies each in the assemblies of Assam, Kerala and Tamil Nadu, one seat is vacant in the West Bengal legislature.

The term of the legislative assemblies of the four states would end on different dates between May and June next year.

Besides the Valmiki Nagar Lok Sabha bypoll in Bihar, by-elections are being held to 28 seats in Madhya Pradesh.

Most of these 28 seats fell vacant when rebel Congress members resigned from the party and the assembly to join the BJP.

After the resignations of the Congress members, the Kamal Nath-led government lost majority and the BJP returned to power.

Earlier, the EC had said that bypolls are pending in 64 assembly seats. But the figure now stands at 63, including the seven seats in four states where the schedule was not announced on Tuesday.

The reason is that the number of vacant seats in some states has changed due to various reasons, including court cases.

"The figures are not static. We go by the number of clear vacancies on a given date," a senior official explained.

Eight assembly seats are going for bypolls in Gujarat, followed by seven in Uttar Pradesh, two each in Odisha, Nagaland, Manipur, Karnataka and Jharkhand, and one each in Chhattisgarh, Telangana and Haryana.