The party also released a list of five other candidates for the by-elections on October 21. 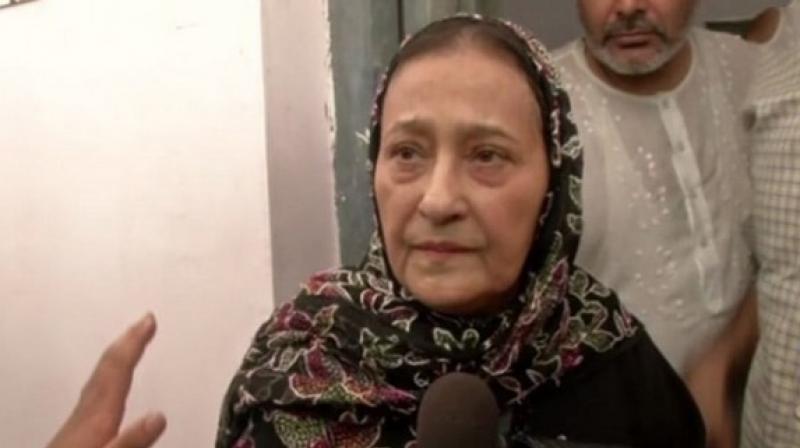 On September 22, Fatima was granted bail by a local Court in Rampur in connection with a case pertaining to electricity theft. (Photo: Twitter/ ANI)

New Delhi: The Samajwadi Party on Sunday declared Tazeen Fatima, wife of party lawmaker Azam Khan, as its candidate for the by-polls to Rampur Assembly seat. The party also released a list of five other candidates for the by-elections on October 21.

Fatima is a member of Rajya Sabha from the party and will contest from the seat vacated by her husband after he made his way to the Lok Sabha by defeating BJP candidate Jaya Prada from Rampur parliamentary seat.

Other names announced on Sunday were Sudhakar Singh from Ghosi, Nirbhay Singh Patel from Manikpur, Gaurav Kumar Rawat from Jaidpur, Subhash Rai from Jalalpur and Brajesh Verma Patel from Pratapgarh.

On September 22, Fatima was granted bail by a local Court in Rampur in connection with a case pertaining to electricity theft. On September 5, the local administration had cut off the electricity connection of a resort owned by Azam Khan's kin in Rampur following complaints of illegal electricity and tubewell connections. An FIR was lodged against Fatima in this regard.

By-elections on 11 Assembly seats in Uttar Pradesh are scheduled for October 21 and the results will be announced on 24th October.