Shah held Nehru responsible for the existence of Pakistan-occupied-Kashmir. 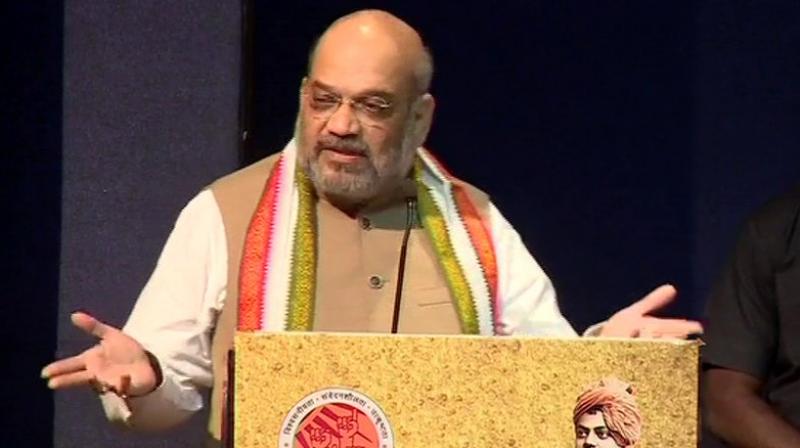 Shah stated that if Nehru had taken the matter to the United Nations in 1948 under Article 51 of the UN Charter, instead of Article 35, the outcome would have been different. (Photo: ANI)

New Delhi: Union Minister Amit Shah on Sunday said India's first Prime Minister Jawaharlal Nehru's decision to approach the United Nations over Kashmir was a "Himalayan mistake" and added that a wrong charter was used to move to the international body.

Speaking at a discussion on the topic of 'National Security: Current Perspective' in the national capital, Shah stated that if Nehru had taken the matter to the United Nations in 1948 under Article 51 of the UN Charter, instead of Article 35, the outcome would have been different.

"Jawaharlal Nehru decided to approach the UN on Kashmir in 1948. It was a Himalayan mistake. On top of that, a wrong charter - Article 35 which deals with disputed land. Had they approached under Article 51 of the UN Charter, it would have been a matter of illegal occupation by Pakistan on Indian land and not about ownership of the land," Shah said.

He said the demand to conduct a plebiscite in Jammu and Kashmir was necessitated due to invoking a wrong Article of the UN Charter.

Article 35 is listed in Chapter 6 of the UN Charter which read, "Any Member of the United Nations may bring any dispute, or any situation of nature referred to in Article 34, to the attention of the Security Council or of the General Assembly."

Article 51 of the UN Charter reads, "Nothing in the present Charter shall impair the inherent right of individual or collective self-defence if an armed attack occurs against a Member of the United Nations until the Security Council has taken measures necessary to maintain international peace and security."

Renewing his attack on Nehru over Kashmir, the Home Minister stated that 630 princely states were united as Sardar Vallabh Bhai Patel was entrusted to do so. "Jammu and Kashmir was handled by Jawaharlal Nehru. It took all these years to integrate J-K fully in India," he said.

He also said a united India would have been handed over to freedom fighters had Congress not settled for the country divided into 630 princely states. "Congress negotiated freedom with the country divided into 630 fractions -- the number of princely states at that time. Congress never demanded a united India which could have been done with just a single resolution in British Parliament," Shah said.

Shah held Nehru responsible for the existence of Pakistan-occupied-Kashmir stating that he had declared an untimely ceasefire to the hostilities after Pakistan had invaded Kashmir in October 1947.