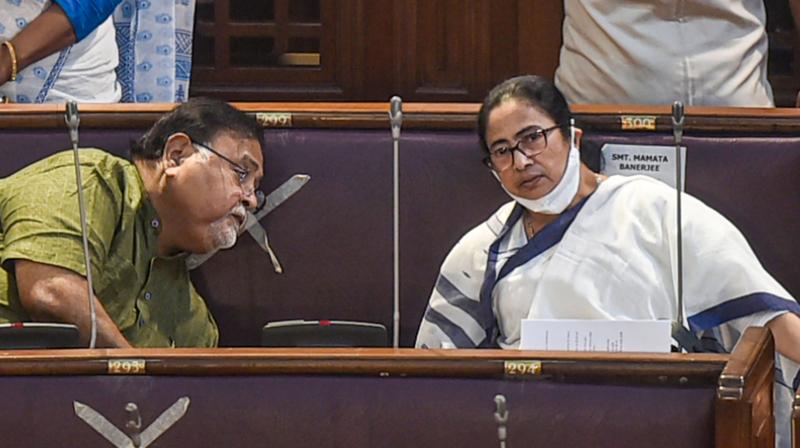 Kolkata: West Bengal chief minister and Trinamul Congress supremo Mamata Banerjee on Thursday sacked her heavyweight colleague Partha Chatterjee, arrested by the Enforcement Directorate in the School Service Commission jobs scam, as a Cabinet minister from her government and all party posts and suspended him from the party too.

Mr Banerjee said: “Mr Chatterjee, in an unanimous decision, has been removed with immediate effect from five posts – secretary-general, national working committee member, national vice-president, editor of party mouthpiece Jago Bangla and disciplinary committee member -- of the TMC. He will remain suspended from the party till the probe continues.”

He said: “Our party needed some days’ time to take a decision after some startling information had come to the public domain after July 22. This is circumstantial evidence. On July 23, those of us who are in the party disciplinary committee conveyed our opinion in writing to our party supremo on what to do. We want to know the source of this huge amount of black money.”

In an apparent dig at Mr Chatterjee, the TMC national general secretary added: “We give the benefit of doubt to the people and not our leaders. If anyone betrays the people or uses our party platform in self-interest to create a mechanism of making money, the party will not support him. We also demand the strongest punishment of the accused in corruption matters.”

The TMC cut down Mr Chatterjee to size hours after the ED, in yet another haul, seized Rs 27.9 crores in cash and Rs 4.31 crores of jewellery, including three gold bars of 1 kg each, during a 19-hour-long raid and search at the flat of Mr Chatterjee’s close friend and co-accused Arpita Mukherjee at Belghoria in North Kolkata since Friday afternoon.

So far the Central agency has seized nearly Rs 50 crores of cash and Rs 5 crores of jewellery apart from foreign currency at two flats belonging to Arpita in less than a week. It has launched another search after raiding the third flat of Arpita at Chinar Park in New Town based on her revelation during custodial interrogation.

Reacting to the steps against Mr Chatterjee, state BJP chief and Balurghat MP Sukanta Majumdar said: “He was made a scapegoat. He can’t mastermind the scam alone. The entire state government is involved in it. We want the resignation of the CM and her government. A fresh election will be held to help the people decide who will run the state.”