‘Bed tea was late, so overslept,’ Moonmoon Sen on clashes in her seat 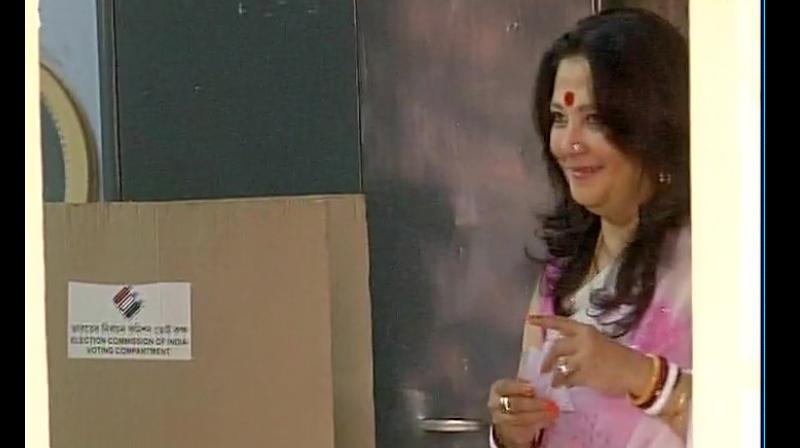 Moon Moon Sen suggested that violence in Bengal has reduced from the days of Communist Party of India (M) rule suggesting that political clashes take place across India and not just in Bengal. (Photo: ANI)

Asansol: Trinamool Congress’ (TMC) Asansol candidate Moon Moon Sen has attributed her oblivion about the clashes which erupted in Asansol to bed tea which was served late to her.

"They gave me my bed tea very late so I woke up very late. What can I say? I really don't know," Moon Moon Sen, actor-turned-politician, told NDTV.

The incumbent lawmaker from Asansol, BJP’s Babul Supriyo, was attacked in the morning. His car was vandalized in the violence. He has alleged that TMC workers captured polling booths and did not allow people to vote.

Moon Moon Sen suggested that violence in Bengal has reduced from the days of Communist Party of India (M) rule. She also said political clashes take place across India and not just in Bengal.

When asked about the allegations of violence made by Babul Supriyo, she shut it down and walked off saying, "I don't want to hear his name. Bas (that's it)."

Moon Moon Sen had a stunning political victory in the 2014 Lok Sabha elections when she defeated the CPI(M) strongman Basudeb Acharia from Bankura. In this election, she is contesting from Asansol against BJP’s candidate Babul Supriyo.