The minister, however, also added that BJP is standing shoulder to shoulder with Muslim women on the issue of triple talaq. 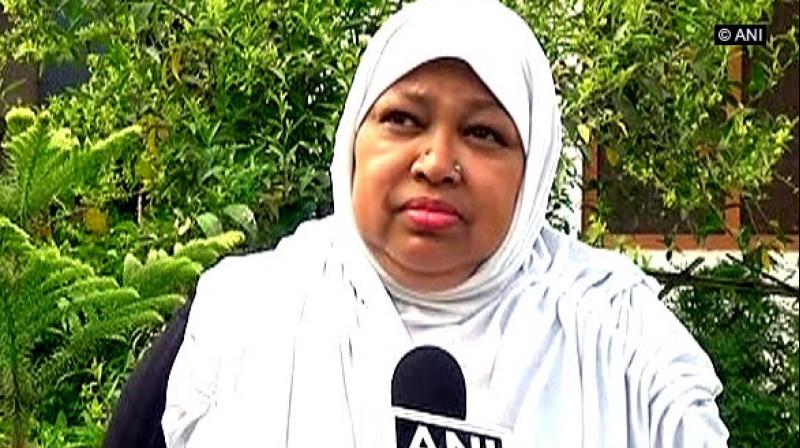 Lucknow: The All India Muslim Women's Personal Law Board (AIMWPLB) on Saturday demanded Yogi Adityanath's cabinet minister Swamy Prasad Maurya's resignation a day after he made a controversial statement saying, "Muslim men resort to triple talaq to quench their 'lust' by changing wives".

AIMWPLB President, Shaista Amber said, "Where on the one hand, Muslim women are fighting for their injustice, Cabinet Ministers like Swamy Prasad Maurya are making such obnoxious statements. He should be given strict punishment and should be sacked from his post. I would appeal to Yogi ji to sent Maurya to a mental asylum."

Claiming that he has humiliated Muslim women across the nation with his statement, Amber appealed to the government that he should be taught how to respect women.

"This is disturbing. They don't know Islam at all. If he won't apologize, I will go to the Supreme Court against him if needed," she added.

The statement came when Maurya was present at BJP leader Jitendra Pal's residence in Uttar Pradesh's Basti, for a personal event on Friday.

The minister also added that BJP is standing shoulder to shoulder with Muslim women on the issue of triple talaq, but claimed that "Muslim personal law board has no provision on the issue".

The minister also added fuel in the fire by stating that 'Muslim men leave women to die on the streets with her children'.