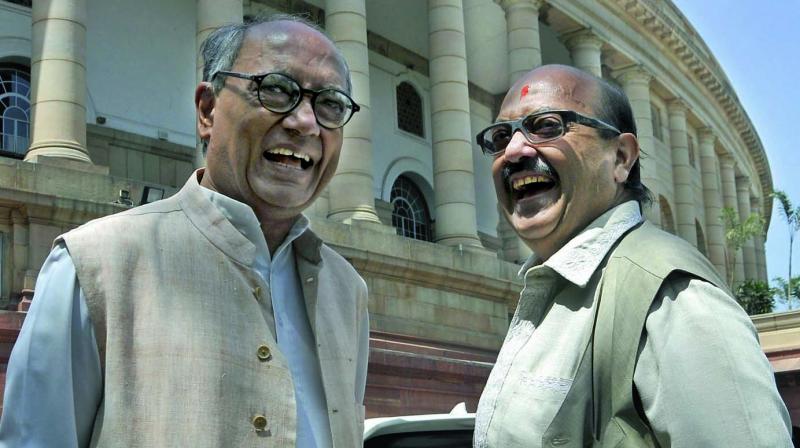 New Delhi: Senior Congress leader Digvijaya Singh has yet again managed to grab the limelight, and it’s because of his gaffe on social media.

At a time when many leaders of the grand old party want Congress vice-president Rahul Gandhi to take over, Mr Singh posted a video on Twitter which was originally produced by ex-Congress member of Parliament Rajkumari Ratna Singh.

Using the available 140 characters, Mr Singh explained that the ex-Congress MP  is the daughter of late Dinesh Singh, who was a Cabinet minister in former Prime Minister Indira Gandhi’s Cabinet and in the “Rahul Gandhi Cabinet”. The Congress leader meant to write former Prime Minister Rajiv Gandhi.

When comments started pouring in, he immediately changed the name from Rahul Gandhi to Rajiv Gandhi. Instant trolling started as soon as the first tweet was uploaded.

In the past, Mr Singh famously referred to terrorists Osama bin Laden as “Osamaji” and Hafiz Saeed as “saheb”.

After the dismal performance in the Assembly elections in Uttar Pradesh and Uttarakhand, Mr Singh had urged the Congress vice-president to take over as party president. Despite going for an alliance with the SP in Uttar Pradesh, the party did not perform well.

Many in the Congress are expecting a rejig in the organisation structure as there is growing criticism from within the party.