According to sources in the BJP, the party could be short of numbers by about 20,000 to 25,000 votes in the Presidential polls. 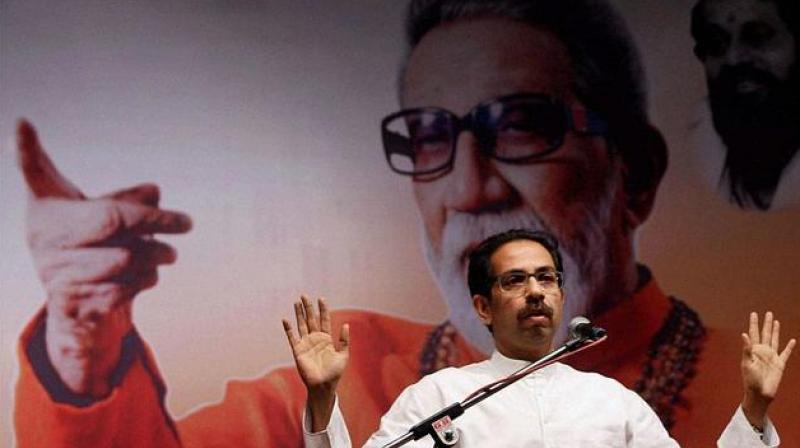 Mumbai: The Shiv Sena's total vote pool of 25,893 could prove to be crucial for the BJP in the upcoming Presidential polls in July, later in 2017.

This explains Sena MP Sanjay Raut's snub to the BJP, by asking it to come down to 'Matoshree' for talks to seek Sena's support for the July Presidential elections.

According to sources in the BJP, the party could be short of numbers by about 20,000 to 25,000 votes in the Presidential polls.

Raut had refuted reports of invite from the BJP to Sena chief Uddhav Thackeray in New Delhi to firm up strategy for Presidential polls and instead asked the BJP to come down to Matoshree (the Thackeray's residence in suburban Bandra).

He had even pointed out that in 2007 and 2012 Presidential elections talks for Sena's support were held in 'Matoshree'.

Sources in the BJP said, "The problems for the party are compounded as it is uncertain about the manner in which Tamil Nadu and Odisha Assemblies will vote during the Presidential polls, not to speak of the key states of Bihar and New Delhi where the BJP does not have too many numbers in its kitty."

"At national level, we may have a shortfall of around 20-25,000 votes if the Sena does not support us," the BJP source said.

In the 288 member Maharashtra Assembly, the BJP has 122 MLAs and claims to have support of 12 more MLAs raising its tally to 134 MLAs, besides Sena's 63 MLAs.

The value of a vote of an MLA in Maharashtra is 175.

Whereas, the total value of Congress led United Progressive Alliance (UPA) votes at present is 15,575 votes.

If the Sena decides to support the Congress led UPA Presidential candidate then its tally rises to 26,600 votes.

That leaves the BJP with its own vote share of 23,450 votes only.

As against this there are 67 MPs from Maharashtra in the Parliament, 48 Lok Sabha MPs and 19 Rajya Sabha MPs.

The Congress led UPA has 15 MPs in both the houses of the Parliament. The total value of MP votes of UPA is 10,620.

If the Sena ditches BJP and supports the Congress then the UPA tally will rise to 25,488 votes.