Gaikwad's ticket was once again cancelled by the air line on Monday after which he had to board Rajdhani Express from Mumbai to reach Delhi. 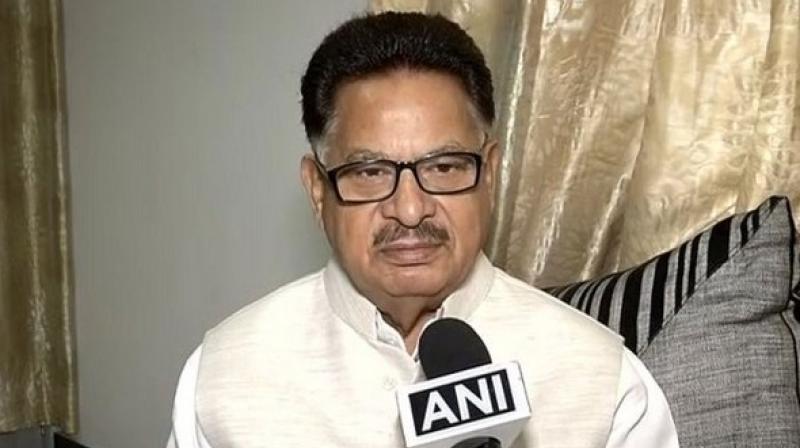 New Delhi: After Air India cancelled Shiv Sena member Ravindra Gaikwad ticket post levying a travel ban, the Congress on Wednesday advised the beleaguered parliamentarian to tender an apology to the national carrier and put the matter to an end.

"The issue between Air India and Gaikwad still remains; no solution has emerged so far. The air line is well within its right for banning any person from flying for their unruly behaviour. We believe that in order to resolve this issue the parliamentarian must take the initiative and apologies," said Congress leader PL Punia.

Gaikwad's ticket was once again cancelled by the air line on Monday after which he had to board Rajdhani Express from Mumbai in order to reach Delhi.

The Osmanabad parliamentarian is in the midst of a controversy after he hit a 62 year old Air India staff last Thursday. Following the incident, several other prominent air lines put Gaikwad under the no-fly list.

An FIR has been registered against Gaikwad for repeatedly hitting the employee with his sandals.

The altercation triggered after he was not given a business-class seat though he had boarded an all-economy flight.

On Monday Gaikwad, in a statement, alleged that Air India is trying to misguide everyone as to what transpired onboard the aircraft.

Gaikwad said that he never demanded a business-class seat, but instead requested a complaint book to address his grievance about 'substandard service'.

Gaikwad said that while travelling in the flight, he noticed "carelessness and substandard" service of Air India and requested for a complaint book, but despite his frequent requests he was not provided the complaint book, instead the staffer misbehaved with him.

In his complaint, Gaikwad, who allegedly manhandled Air India staff Sukumar, said he was made to travel by the airline on economy class even as he had business class ticket.

Air India and six private airlines banned the 56-year-old MP from flying as he refused to apologise for the incident that triggered the incident.