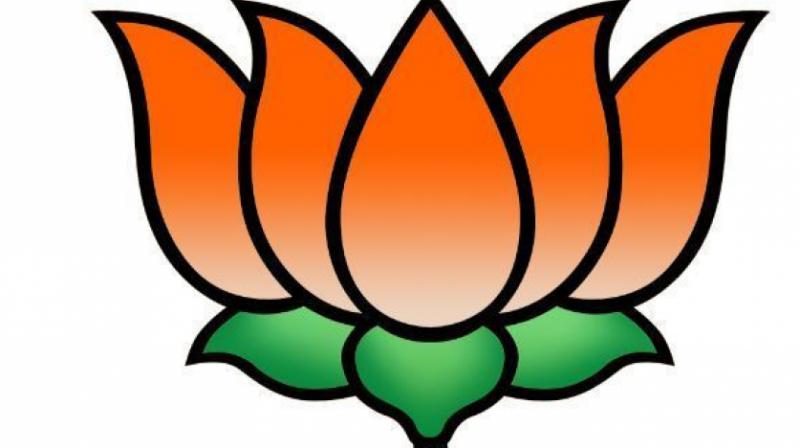 The BJP, while focussing on the non-Yadav and non-Jatav vote banks, along with 21 per cent of the upper caste, is hoping for the Muslim votes to split between SP and BSP.

New Delhi: Trying to consolidate its core Hindutva vote bank along with the upper caste-Brahmins and Rajputs by reverting to the contentious Ram Mandir issue, the BJP has also been targeting the non-Yadav OBCs for the forthcoming Assembly polls in Uttar Pradesh.

Meanwhile, a tug of war is raging between the BSP and SP over the 20 per cent Muslim vote bank in the state. Ms Mayawati is trying to dent SP's Muslim-Yadav combination with her Dalit-Muslim blend.

With the Jatavs generally sticking to the BSP and Yadavs to the SP, the BJP is mainly targeting the non-Jatavs OBCs and MBCs (Most Backward Caste), which include Koeri, Maurya, Kushwaha, Shakya, Saini surnames, Kashyap, Prajapati Kurmi, Lodh, Nishad, Rajbhars, Baghels and Jats. Making its intention clear, the Modi government had announced that majority of these communities or sub-castes will be included in the SC category.

It is estimated that OBCs are nearly 44 per cent of  UP's electorate, dalits 21 per cent, Muslims 19 per cent, and upper castes 16 per cent. Yadavs, the dominant among the OBCs is the core of the SP vote bank.

It's the SP and BSP, which are now engaged in a battle for the Muslims. The BSP has fielded 97 Muslim candidates while the SP-Congress alliance has 62 Muslim faces for the first three phases. Numbers are bound to go up for the SP-Congress for the remaining five phases.

After the SP, led by Akhilesh Yadav, refused to include the Quami Ekta Dal (QED), Ms Mayawati has pounced on the outfit. The merger of the gangster-turned-politician Mukhtar Ansari's QED into the BSP is all set to intensify the fight to capture the minority vote bank.

Of the 403 Assembly berths, Muslims play a dominant role in over 140 seats. If Ms Mayawati's calculations work and majority of the 20.5 per cent dalits and 20 per cent Muslim tilt towards her, she could return to power in the state.

The BJP, while focussing on the non-Yadav and non-Jatav vote banks, along with 21 per cent of the upper caste, is hoping for the Muslim votes to split between SP and BSP. But the problem for the party could be the Congress’ move to latch on to the Akhilesh bandwagon. Some of the BJP leaders apprehended that the SP-Congress alliance could also cut into the saffronites’ upper caste vote bank. During 2012 UP Assembly polls, while SP won 224 seats with a vote share of 29.3 per cent, Congress had bagged 28 seats with an 11.7 percent vote share. If the percentages are not disturbed, the alliance could sweep the polls with 40 per cent of the vote share.