Fake notes, terrorism, human trafficking and drug mafia were all dealt with in one stroke after demonetisation: PM Modi 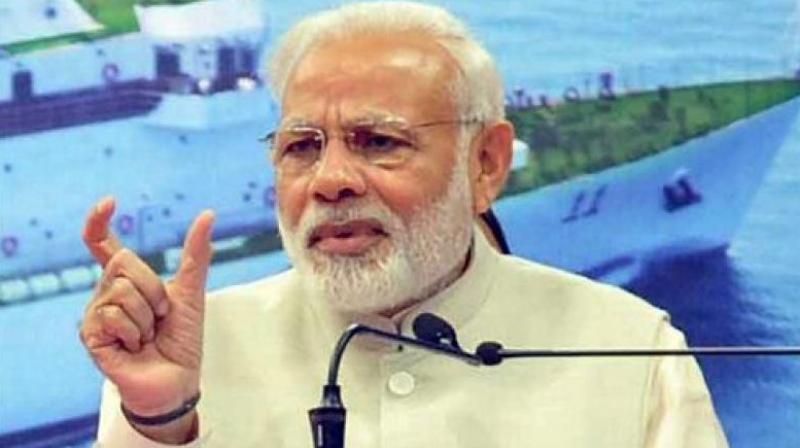 Dehradun/New Delhi: Prime Minister Narendra Modi said on Tuesday that his fight against black money and corruption would only intensify despite intense pressures from the powerful, as he was not voted to power to “cut ribbons and light inaugural lamps.”

His remarks came on a day when a divided Opposition escalated its attack on him, saying a cash crunch and accompanying chaos continued to cripple the country even as his 50-day deadline for normalcy has almost ended.

“Didn’t you give me the huge mandate in 2014 to combat and end corruption? Shouldn’t we fight the evil with all our might? Some people are upset when I act as the nation’s chowkidaar,” he said while addressing a rally in poll-bound Uttarakhand’s Dehradun after inaugurating a highway project.

Asserting that the country suffered due to both “kaala dhan” and “kaala mann”, Mr Modi said that it was his government’s endeavour to strengthen the hands of the honest and law abiding citizens.

Targeting parties opposed to the scrapping of high-value notes, he claimed that some people were upset as his decision had struck the “ring leader of thieves”.

“In some, corruption is in their blood. They tried to convert their black money and thought Modi wouldn’t see. But we knew, and now they are being caught. After demonetisation, black money stored in cupboards and kept under mattresses is now coming to banks and to the people,” he said referring to various raids by law enforcement agencies on black money hoarders.

He acknowledged that people faced a lot of inconvenience, but asserted that they also helped him in the “safaai abhiyan”. “The corrupt and black money hoarders are being punished. Fake notes, terrorism, human trafficking and drug mafia were all dealt with in one stroke after demonetisation,” he said.

People continue to scramble for cash after PM Modi’s announcement on November 8 to scrap Rs 1,000 and Rs 500 notes. He had promised to restore normalcy in 50 days, but queues have stayed outside low-on-cash banks and ATM kiosks.

Hitting back at Congress vice-president Rahul Gandhi’s charge of helping big corporates and the rich, Mr Modi said that his government was focused on working for the poor. “India, which used to be called the ‘bird of gold’, has been looted by its very own people. It is now high time for us to fight for the honest,” he said.

The PM appealed to the people of Uttarakhand to vote for a BJP government in the state in the 2017 state Assembly polls.