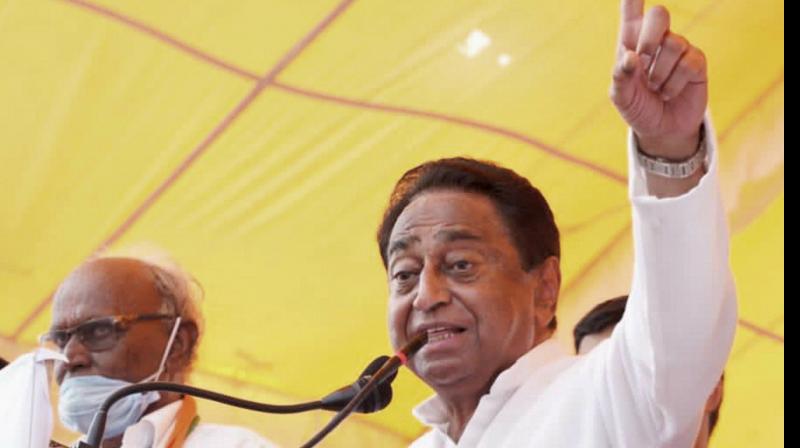 Bhopal: Madhya Pradesh chief minister Shivraj Singh Chouhan on Tuesday accused Congress veterans, Kamal Nath and Digvijay Singh, of attempting to intimidate the state government employees by threatening them of serious consequences if they acted in a partisan manner in the November 3 by-elections to 28 assembly constituencies in MP.

Chouhan said the 2 Congress leaders were not only raising questions on their integrity leading to their demoralization but trying to scare them to follow their dictates.

“This is highly objectionable. The Election Commission should take suo motu cognizance of the matter and take necessary action against the 2 Congress leaders”, he told reporters.

BJP on Tuesday moved the EC seeking action against Nath and Singh for issuing threats to government employees in violation of model code of conduct.

Earlier in the morning, Singh openly threatened the policemen who would be found to be helping the ruling BJP in the ensuing assembly by-elections in the state.

“We know how to deal with such policemen whether we will be in power or out of power after the polls”, he told reporters here.