‘More than 34 thousand personnel have sacrificed lives for maintaining internal security, now it is important to move forward,’ he said. 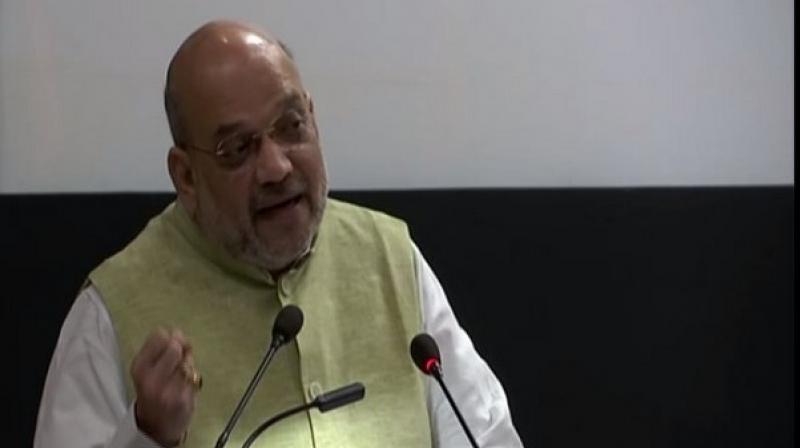 In his concluding remark, Shah stressed that the forces must adopt scientific methods for investigations and modernisation should be carried out in a proper manner. (Photo: ANI)

New Delhi: Union Home Minister Amit Shah on Wednesday said that the aim of making India a 5 trillion dollar economy would only be achieved if country's national security remains intact.

"Prime Minister Narendra Modi wants to make USD 5 trillion economy. For this, the security of the country is very important. There is a need to maintain internal and external security of the country," he said while addressing the 49th foundation day celebrations of Bureau of Police Research and Development in New Delhi.

He continued, "More than 34 thousand police personnel have sacrificed their lives for maintaining internal security, now it is important to move forward."

Speaking about police reforms, he said, "We need to bring reforms in the police force in accordance with the changing challenges. But police reform is a huge concept and therefore it needs to be redesigned by the BPR&D."

"A consultation process must also start across the country for making necessary changes within the CrPC and IPC. Everyone must send their suggestions to the Home Ministry. We need to move forward in bringing changes in CrPc and IPC," he added.

He also stressed upon promoting Forensic Science universities and colleges so that culprits can be booked expeditiously. "This will help us to provide speedy justice to victims and will also reduce the mindset of committing crimes among masses," he added.

In his concluding remark, Shah stressed that the forces must adopt scientific methods for investigations and modernisation should be carried out in a proper manner.