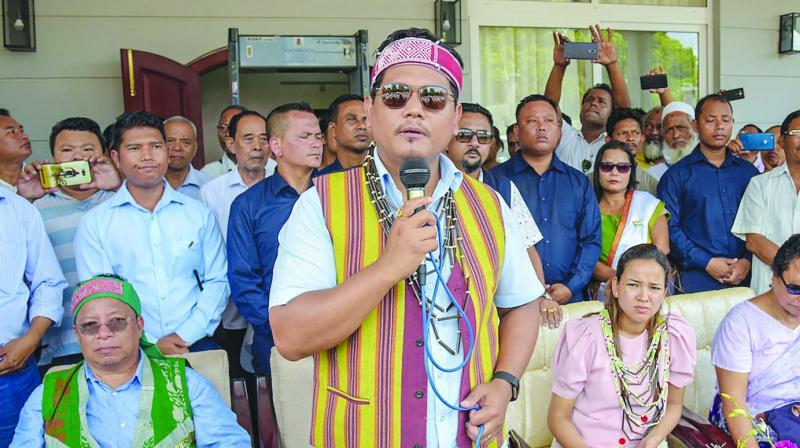 The Chief Electoral Officer (CEO) F.R.Kharkongor who announced the result said that the NPP president secured a total of 13,656 votes of the 22,200 plus total votes polled in South Tura. His closest rival of the Congress, Mr Momin, got 5,235 votes. The bye-election was significant as the NPP heads a six-party Meghalaya Democratic Alliance (MDA) in the state with the support of the BJP, NCP and regional parties like-United Democratic Party, the Peoples Democratic Front, the Hill State Peoples Democratic Party and two Independents.

Presently the Meghalaya Assembly comprises 19 NPP members, 20 Congress members, seven UDP MLAs, four People’s Democratic Front MLAs, two Independent members, two members each of the BJP and the Hill State People’s Democratic Party and one each of Nationalist Congress Party and Khun Hynniewtrep National Awakening Movement. With this victory, the NPP has levelled its tally with the opposition Congress at 20 in the 60-member Meghalaya Assembly.

Meanwhile, in the Ranikor Assembly seat, NPP candidate Martin M Danggo is trailing United Democratic Party candidate Pious Marwein by over 3,390 votes. The election in the seat was necessitated after Mr Danggo, with the Congress, resigned in June to join the NPP.