Nirmala Sitharaman, others arrive for 'Conclave of the Himalayan States' in Mussoorie 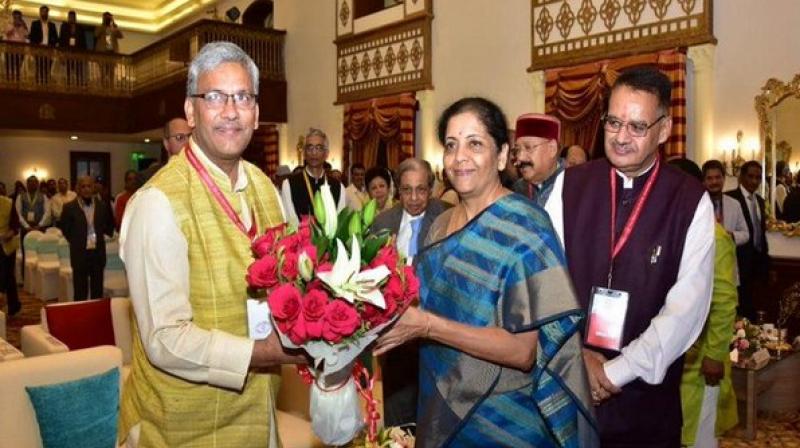 Mussoorie: Union Finance Minister Nirmala Sitharaman and other state leaders on Sunday arrived for the 'Conclave of the Himalayan States' here.

Along with various government officials, over 11 Indian Himalayan Region (IHR) state leaders will participate in the conclave to discuss and deliberate upon the issues in the Himalayan region.

The conclave will also host the Chief Ministers of the Himalayan states - Uttarakhand, Jammu and Kashmir, Himachal Pradesh, Sikkim, Assam, Arunachal Pradesh, Meghalaya, Nagaland, Tripura, Mizoram and Nagaland, along with administrators and specialists.

IHR is endowed with rich vegetation and is home to almost 36% of India's total biodiversity. More than 41.5% area of IHR states is under forests, representing one-third of total forest cover of India.