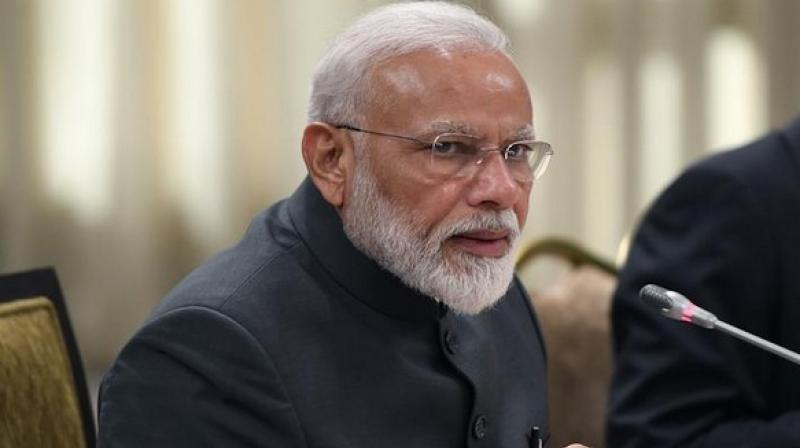 New Delhi: Urging the countrymen to spread the message of water conservation Prime Minister Narendra Modi applauded Meghalaya government for its effort on saving the resource.

"Meghalaya has become the first state to have formulated its own water-policy. I congratulate the state government,'' PM Modi said in an address to the nation through his monthly programme Mann Ki Baat on Sunday.

"My dear countrymen, I know you must have felt immensely proud of India’s achievement beyond the skies in outer space. The successful launch by our scientists despite the early setback is unprecedented," Modi said.

"Chandrayaan-2 is Indian to the core. It is a totally swadeshi and homegrown mission...We are now eagerly waiting for September when Lander Vikram and Rover Pragyan will land on the lunar surface," Modi added.

"The Centre is working with state governments at lightning speed to provide relief,'' Modi said.

Emphasizing on the prevailing security and peace in the valley, PM Modi shared happiness over the mass participation of people in the 'Back to Village' program.

''This also proves that development is more powerful than guns and bombs. It is clear that those who want to create hatred and stall development will never succeed in their nefarious designs,'' Modi added.