Our soldiers will never allow the honour of mother India to be hurt: PM Modi Mann ki Baat 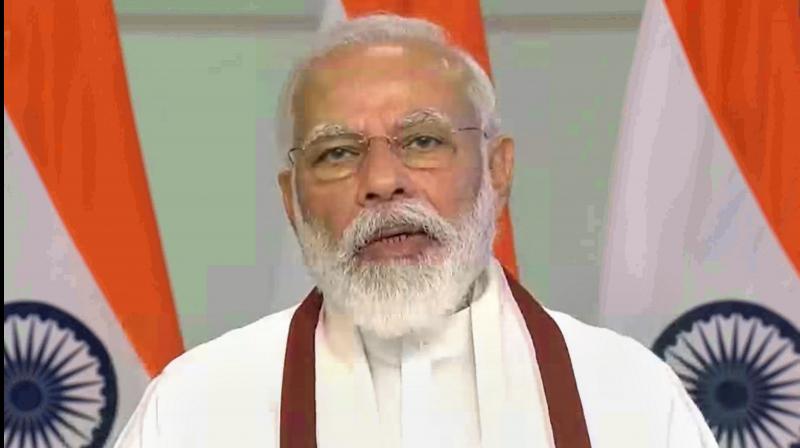 New Delhi: Prime Minister Narendra Modi asserted on Sunday that India has given a befitting reply to those who cast an evil eye on its territory in Ladakh, stating that its brave soldiers have shown that they will not allow the nation's pride to be hurt.

Modi's strong words on his monthly 'Mann ki Baat' broadcast came amid a standoff between Indian and Chinese armies in eastern Ladakh, with the opposition Congress constantly attacking the central government over the issue.

The prime minister also made a vigorous push for the use of locally made products, saying being "vocal for local" is also a way to strengthen the country and to serve it.

India honours the spirit of friendship and is also capable of giving an appropriate response to any adversary, without shying away, Modi said without naming China.

"A befitting reply has been given to those who cast an evil eye on Indian territory in Ladakh. Our brave soldiers have shown that they will never allow the honour of mother India to be hurt," Modi said.

The world has seen India's strength and commitment to protecting its borders and sovereignty, he said and paid rich tributes to the 20 soldiers who were killed during a violent clash with Chinese troops.

Speaking about the coronavirus pandemic, which continues to spread across the country, Modi asked people to be more careful during the 'unlock' period, and said if they do not wear masks and fail to maintain social distancing, they will harm themselves and others.