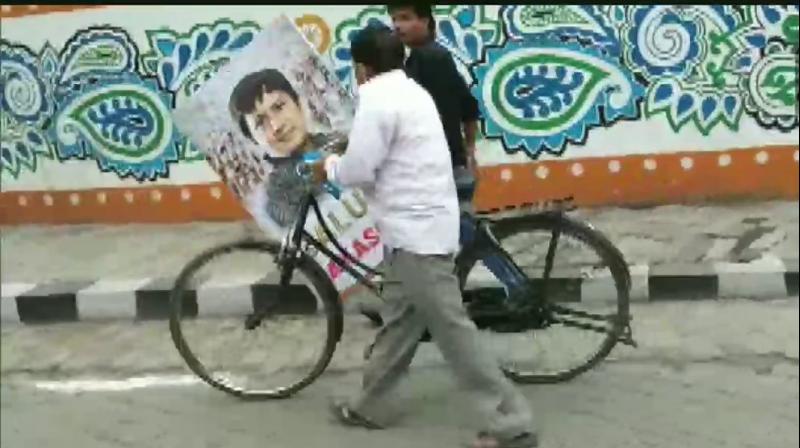 Supporting his act, there were posters put up in part of Indore stating 'Salute Akash ji' on Friday. (Photo: Twitter/ ANI)

Indore: BJP MLA Akash Vijayvargiya had attacked a Municipal Corporation officer in Indore, on June 26. Supporting his act, there were posters put up in part of Indore stating “Salute Akash ji” on Friday.

Taking about the incident, Kamal Nath told media, "It is really saddening that a BJP leader behaves in such a manner, I congratulate police for taking action. Law is same for everyone."

The son of senior BJP leader from Madhya Pradesh Kailash Vijayvargiya was caught on camera hitting a Municipal Corporation Officer with a cricket bat. He was arrested in connection with the incident and sent to judicial custody till July 7.

Talking to media after the incident, Akash said, "This is just the beginning, we will end this corruption & goondaism.  'Aavedan, nivedan aur fir dana dan' this is our line of action."