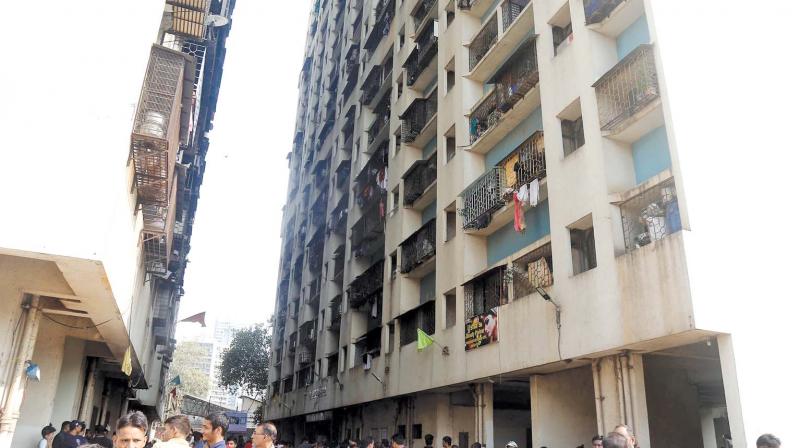 The builders sell the apartments to families without assuring them of water availability, he said. (Representational Image)

Bengaluru: The Karnataka government is contemplating a five-year ban on construction of multi-storeyed residential buildings in view of the acute water crisis in the state, Deputy Chief Minister Dr G Parameshwara said on Thursday.

Speaking to reporters in Bengaluru, he also alleged failure of the builders to provide water to those dwelling in apartments. The builders sell the apartments to families without assuring them of water availability, he said.

When the water sources go dry, the apartment dwellers depend on tankers, and the water supplied through the tankers allegedly cause water-borne and skin diseases, he said.

Due to water scarcity, deliberations were on to ban the construction of apartments in the city for the next five years, Parameshwara said. The government would soon convene a meeting of all the builders and developers to seek their opinion on the issue to take a final call, he said.

The deputy chief minister said he has directed the Bruhat Bengaluru Mahanagara Palike (BBMP) officials to make sure that the apartments have functional sewage treatment plants. Stating that the Cauvery fifth stage water supply project was in progress, Parameshwara said it would be inadequate to meet the water requirements of the city.

Hence, officials have been directed to prepare a Detailed Project Report (DPR) to bring water from Linganamakki dam in Shivamogga district, around 400 km from Bengaluru, near coastal Karnataka.

"I have heard of opposition to this project (water from Linganamakki) too. Once the DPR is ready, we will examine the pros and cons of the project," he said.